Are you considering a job in the food industry, maybe in a grocery store? If so, you may be wondering, does Jewel-Osco hire felons?

Today, we want to tell you how to get a job at Jewel-Osco with a record. We asked them directly about their hiring practice as well as some other important questions, like:

Our goal for this article is to give you all the information you need before applying for a job at Jewel-Osco. We hire former felons at Relaunch Pad to give you the best tips possible. What helps in an interview? What can you do to get your resume looked at? We’re here to help.

So, let’s find out how to get hired at Jewel-Osco with a felony. 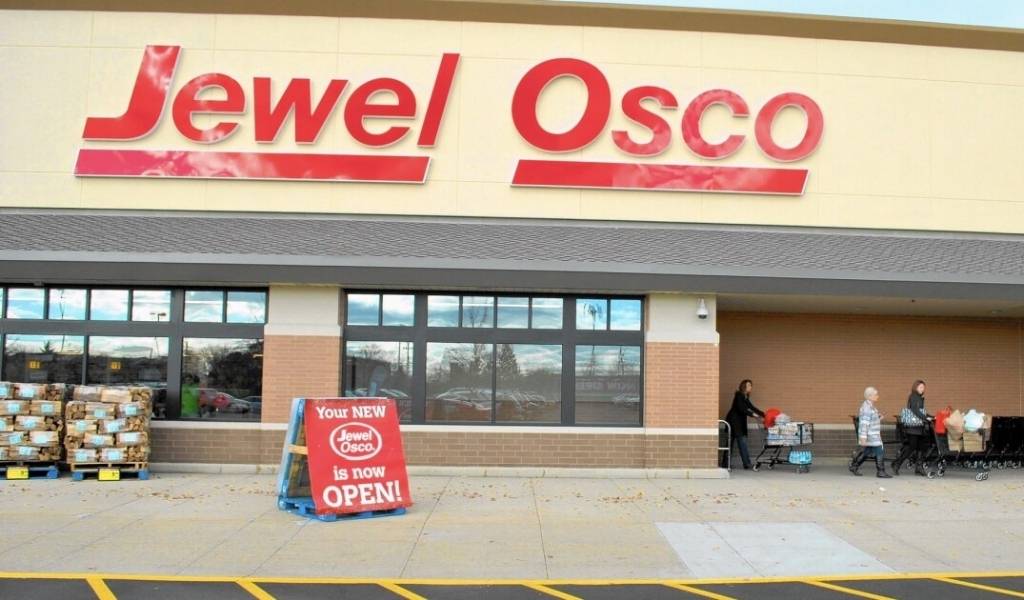 When we asked Jewel-Osco’s parent company, Albertsons LLC, if they had policies regarding hiring those with a felony conviction, they told us the following:

More specifically, Jewel-Osco made the news about wanting to hire the right people for the job, whether they have a record or not. Read the article here. So we’re liking the policy so far!

Jewel-Osco did not comment about if they have previously hired felons. Don’t despair! We have confirmation from other sources, however, that Albertsons LLC has hired felons in the past.

Does Jewel-Osco hire people with misdemeanors?

We could not find specific information on this, but we think they probably do considering we’ve heard they have hired felons in the past.

What are the chances of Jewel-Osco hiring a felon?

The Ban the Box campaign and the Fair Chance Business Pledge have made great strides towards stopping hiring discrimination against former felons. Ban the Box has convinced many employers to remove criminal history questions from their application. FCBP also works to encourage employers to eliminate barriers for those with a criminal record. Additionally, FCBP works for equal treatment in the workplace for former felons.

Unfortunately, Jewel-Osco has not removed criminal history questions from their application. However, since they do background checks on everyone, this is not a surprise.

Does Jewel-Osco have any special programs for hiring felons?

Jewel-Osco does not have any specific programs for hiring felons. Always remember to check with local job placement agencies and workforce centers. Not only do they know who hires felons, but they usually have programs geared towards people coming out of prison.

We think your odds are pretty high that you will get hired at Jewel-Osco with a felony. They have not taken criminal history questions from their application, but we have heard the company has hired felons in the past and is willing to do so now. Since the company hires on a case-by-case basis, each individual will be looked at for their own merits.

How to get hired at Jewel-Osco with a felony

If you’re looking to get a job at Jewel-Osco, start here. Entry-level jobs are a great place to start and provide on-the-job training. They leave plenty of room for advancement as you work to build a reputation within the company as a hard worker.

Jewel-Osco is a large grocery store chain with plenty of locations around Illinois, Iowa and Indiana. Since this is a grocery store, there are a wide range of jobs available. Here are some of the jobs you can find in a supermarket.

Jobs like this usually include shift work. Typically, you’ll be doing things like cleaning, ringing through purchases and giving change, preparing food, and putting products away.

How to get hired at Jewel-Osco with a felony

Jewel-Osco’s hiring process is done through their parent company, Albertsons LLC. You’ll need to build a profile, so have a professional resume ready.

What skills did you learn in prison that translate to real-world experience? If you worked in the kitchen, you have all the skills you need to work in a food services position. Were you a dorm worker? Great, you have the work ethic needed for janitorial services or shelf stocking.

You may be surprised how working as a clerk in prison can prepare you for a professional setting, especially when dealing with customers. Think about it. You had to manage inmates, guards and prison staff as a clerk. Talk about communication skill building!

Yes, your resume will have gaps, but fill those with the skills you learned in prison. Did you take vocational courses or other classes in prison? Those matter.

Do not let your felony conviction define you or change your determination. They will ask what experiences you have that qualify you for the position. Have an answer ready.

If you make it to the interview part of the hiring process, it is time to start thinking about appearance. When you show up in person, first impressions matter. Get a fresh haircut. Brush your teeth. Hey, cover the tattoos if you can. They may not have a problem with them, but you won’t know that at first.

(Note: we know most inmates get a prison tat or two. Or 10. That’s okay. Just be aware of how those appear to those who know nothing about prison.)

Don’t let someone’s first thought when they see you be, “Yeah, he did time.”

Does Jewel-Osco do background checks?

Does Jewel-Osco do background checks?

Yes, they absolutely do. As you can see from their official statement, you need to pass a background check. However, they look at these on a case-by-case basis, so you don’t let it stop you!

There are a handful of states that don’t look at offenses that are more than seven years old. If you are close, around the sixth year, you may want to wait a bit before applying. Here are those states:

Some states do not look at court cases in which you were found not guilty (seems like common sense to us). Here is a list of those states:

Unfortunately, there are some states that show everything on their background checks. Employers will see all of the cases you have been charged in, no matter how old they are and even if you were found not guilty. Here is a list of those states:

Jewel-Osco has plenty of reviews on the site glassdoor.com. They have an overall average of 3.2 score out of a possible 5 and 47% of respondents say they would recommend working here to a friend.

We read through a bunch of the reviews left about the company. Many people praised the flexible work schedule as well as the family environment promoted by the company. People also liked that there was room for growth and promotion.

There were complaints about pay as well as some people not getting enough hours and lower entry-level wages. Surprisingly, there were few complaints about management, something that is common with grocery stores.

You may still be wondering, does Jewel-Osco hire felons? What you have been convicted of may play a part in answering that.

Also be aware that sex crime convictions will be scrutinized more than other conviction types. If your crime involves a minor or violence, employers may turn you down.

Be aware of your full criminal history. In Texas, where most Jewel-Osco are located, you are lucky that convictions older than seven years will not show up. That being said, if you are required to register as a sex offender, the situation is a bit different.

We could not find any specific information about whether or not Jewel-Osco performs drug tests. Many places like this only test for management-level positions, but we are not sure at this time. However, it’s still best for you to prepare.

We want to hear from you if you have worked at Jewel-Osco before or know information about their hiring process. Any information you can share will go a long way towards helping men and women who have a felony conviction get back on their feet. Share your information in the comment section below.