Have you considered finding work with an airline company but thought your felony would prevent you from being hired? We’re here to help you find out: Does Delta Airlines hire felons?

If you enjoy traveling, we want to help you get a job at Delta Airlines with a felony. We’ll take a look at the following questions to give you the best chance possible:

Our team includes those of us with our own prior felony convictions and professionals who have worked with felons. We’ve got the tips you need and are looking for. We directly contact companies and ask them if they hire former felons, for a start. We then research them so you don’t have to.

Without further delay, let’s learn how to get hired at Delta Airlines with a record. 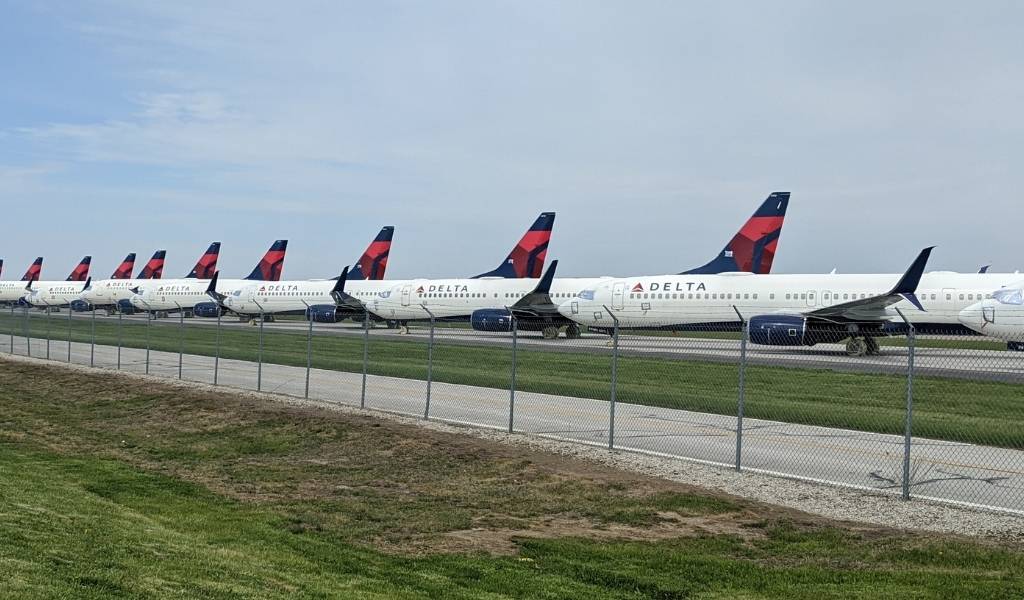 Our team has reached out to Delta Airlines to ask if they hire former felons, but were unable to reach someone in real time. Despite that, we’ve discovered other information and helpful tips to help you get a job at Delta with a felony.

Has Delta hired felons in the past?

Yes, our sources show Delta has hired felons in the past. However, they’re required to follow the Transportation Security Administration’s protocols. This means getting hired will depend on the felony and length of time since the conviction.

But, we know even the TSA will hire former offenders, so let’s read more!

There are 75,000+ reasons to join Delta Airlines – every current employee has their own. You will keep climbing with complete Compensation & Benefits, amazing Growth & Development and unmatched Travel Perks. Delta is currently hiring for Part-Time…

There are 75,000+ reasons to join Delta Airlines – every current employee has their own. You will keep climbing with complete Compensation & Benefits, amazing Growth & Development and unmatched Travel Perks. Delta is currently hiring for Call Center…
See All Available Delta Jobs

What are the chances of Delta hiring a felon?

Ban the Box is a campaign to rid applications of the box asking if the applicant has any felonies or misdemeanors. The Fair Chance Business Pledge is a pledge made by companies to not discriminate against those convicted of crimes during the hiring process.

Delta is not on the Ban the Box list, nor have they signed the Fair Chance Business Pledge. But we know they’ll hire applicants with convictions, so keep reading to improve your odds.

Does Delta have special programs for hiring felons?

Delta Airlines doesn’t offer any special hiring programs for felons at this time. That’s okay, most companies don’t. If you’re interested in a similar program, check with your local workforce development or employment agencies. They may be able to point you in the right direction.

We’ve done our research and give your odds of being hired at Delta Airlines with a felony as average. Because they have to incorporate the TSA’s requirements, your conviction will just have to be at least 10 years old and be able to meet the requirements for a SIDA badge (Security Identification Display Area). You can check out an example application from Miami’s airport here.

How to get hired at Delta with a felony

Here are the entry-level jobs for the different departments at Delta:

Starting off in one of these positions will allow you to learn how the company works and runs, as well as pick up new skills for future promotions or jobs.

How to get hired at Delta with a felony

You’re ready to fill out an application, but not sure where to begin. We’ve got you! Let’s start by looking at and updating your resume:

Always tell the truth on your application. This is particularly important when it comes to your criminal past. Be honest, but keep it simple.

You want them to know your offense and the date of conviction, but there’s no need to go into the details on your application. That’s better handled in the interview.

Once you’ve scheduled an interview, it’s important to be prepared. Here is a list of helpful tips to help you land the job at Delta Airlines:

The important thing is to show you’re a friendly, approachable person if you’re applying for a people-oriented job. You can be a little more lax if you want to work in the warehouse, but you still need to look professional.

Does Delta do background checks?

Does Delta do background checks?

Yes, Delta will conduct a background check before an offer of employment is made.

Background checks aren’t equal in every state. These states won’t look at anything past seven years:

These next states won’t worry with any cases in which you were found not guilty:

However, keep in mind there are still some states that will look at your entire record, including the not guilty verdicts. These are those states:

Our team did a bit of investigating to bring you Delta’s ratings. On glassdoor.com, they have 4.2 out of 5 stars and over 2,000 reviews. The majority say the travel benefits are the best in the business. The biggest complaint was the low pay.

Next is a list of felonies that may not pose a problem 10 years after the conviction date:

Please note that this is not an exhaustive list. The complete list can be found on the TSA’s Disqualifying Offenses page.

Yes, Delta Airlines will give you a drug test. It’ll likely be when they make their offer of employment.

Were you able to get a job at Delta with a felony? We’d love to hear about it. It’s your chance to help out the other members of your community. We can make a difference together!