We contacted TravelCenters of America directly and asked them about their hiring policy for former felons. Why? Relaunch Pad wants to make your job search as easy as possible. Our team is made up of former offenders who have had the same struggles in the job hunt.

Here are some questions we asked to make the search easier for you:

Does TravelCenters of America hire felons? 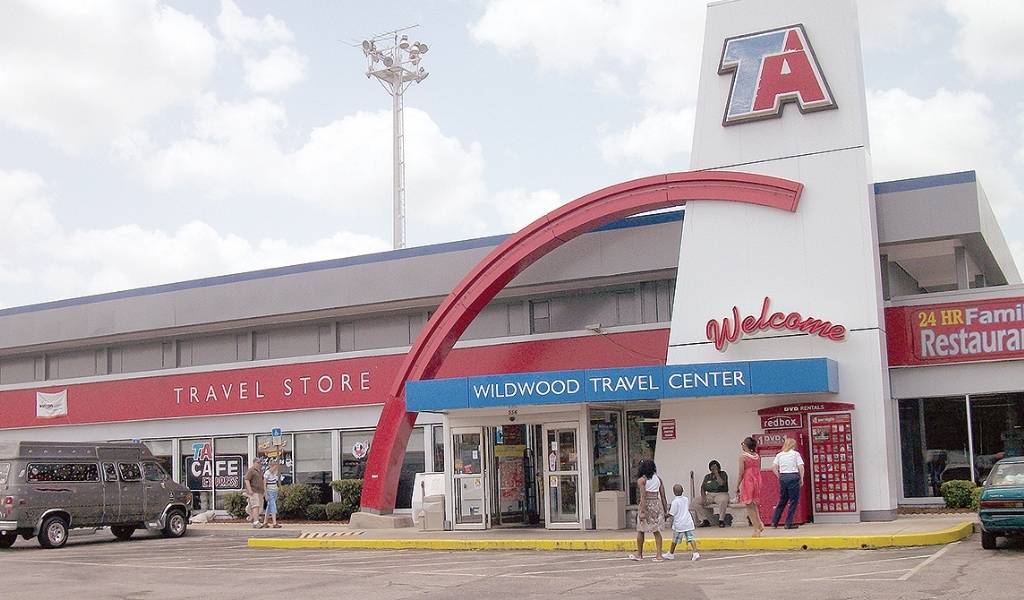 TravelCenters of America does not have a specific policy for hiring felons, but their policies differ on a case-by-case basis.

When contacted, the representative from HR Talent team was very eager to speak with us. In fact, she asked us where are we based and if they could post jobs on our website. We informed her that we just give out information from companies who are hiring felons and maybe in the future there will be an option where they can post jobs on our site.

So, this is wonderful news! She also let us know they hire felons!

Has TravelCenters of America hired felons in the past?

We are excited to say: Yes!

So come on, let’s learn together how to get a job at TravelCenters of America with a felony.

Does TravelCenters of America hire people with misdemeanors?

We could not find anything that would prevent TA from hiring someone with a misdemeanor. Generally, when a company is willing to hire a former felon; a misdemeanor conviction would be accepted too.

What are the chances of TravelCenters of America hiring a felon?

Is TravelCenters of America on the Ban the Box List?

We don’t think they’re on Ban the Box since we couldn’t find anything showing they were. However, they did let us know they do hire felons.

Ban the Box is a campaign made up of civil rights groups and those who speak on behalf of former offenders. Their goal is to convince employers to remove all questions on their job applications about criminal records.

Another wonderful support group for former offenders is The Fair Chance Business Pledge. It is an agreement made by companies that are willing to commit to fair hiring practices for former felons.

Does TravelCenters of America have special programs for hiring felons?

They don’t, but keep reading to see how to get hired at TravelCenters of America with a felony.

The odds of getting hired at TravelCenters of America with a felony are high. Not only were we told they hire felons, all of our research supports this as well.

How to get hired at TravelCenters of America with a felony

While looking at TA’s entry-level jobs, we found that there were many possibilities. Let’s take a look at a few:

These positions require skills you acquired while incarcerated, such as working in the kitchen, housekeeping, canteen worker or working in the laundry.

How to get hired at TravelCenters of America with a felony

When we asked about the recommended approach for applying, here is what we were told:

“Positions available are posted on career builders and our website. They can apply online just like any other applicant.”

We suggest you look at their job postings and select a job which you have skills for. Then use our tips to help build an impressive resume. You’ll want to highlight any related skill you developed in previous jobs to help you land an interview.

We noticed that appearance is important at TA. All of their jobs require a neat and presentable appearance, and a high school diploma or GED.

TA makes it clear that they look for candidates who are well groomed and have people skills. That being said, your first impression needs to be a good one. Dress appropriately for your interview and arrive 10-15 minutes early. Make sure you are smiling, making eye contact and are enthusiastic. These things show interest and let your personality shine through. All of their jobs require interactions with the public, so they will be looking at personality and communication skills.

Make sure you can provide them with at least three or four references. Some good examples of appropriate references are:

Remember, you have skills that someone without a felony doesn’t have. Being able to adapt to your surroundings is one of those skills. Use these skills to grasp their attention!

Does TravelCenters of America do background checks?

Does TravelCenters of America do background checks?

Yes, TA does background checks. This is what TA had to say:

“All applicants will have to acknowledge the verification process and that they will be subject to a background check.”

They also told us that the background check is done after the job has been offered.

There are many states that now only look at an offense if it is less than seven years old.

The eight states listed below show only guilty convictions:

Glassdoor.com rates TravelCenters of America  at 3 out of 5 stars. This is a somewhat lower ranking. After looking at several reviews, we found that many employees complained about the hours worked and lack of pay. On an average, a regular work week consists of at least 50 hours. Yikes!

Some convictions that might have a hard time getting hired would be any theft crime. The majority of their positions require working with cash and credit cards. You would have to convince them that your past is just that — your past.

This is a great example of why references are necessary. This is a situation where references can help you.

Does TravelCenters of America drug test?

Nothing we found suggested that a drug screen was part of the hiring process, except for management positions. As always, we would suggest that you are prepared to take a drug test in all positions.

If you have information on working or getting hired at TravelCenters of America with a felony, please let us know! We appreciate all feedback.