Your local supermarket just might be the best place for you to start your job hunt. We’ll help you answer the question most on your mind: Does Meijer hire felons? Plus, we’ll give you tips on applying. We’ll even answer questions like the following:

To get this information, Relaunch Pad went to the company directly. Our trained staff (many of us former felons ourselves!) then added their own tips, based on job hunting experience. So read on for insider tips on how to get a job at Meijer with a felony!

When we asked them directly, Meijer told us:

“Meijer is a privately held company, and therefore, we do not disclose our hiring policy regarding felony convictions. Meijer is an Equal Opportunity Employer, fostering a diverse and inclusive workplace. We are committed to treating all persons with dignity and respect. Meijer’s policy is to not discriminate because of any applicant or team member’s race, color, national origin, sex, sexual orientation, gender identity or expression, pregnancy, religion, age, physical or mental disability, uniformed service or veteran status, or any other lawfully-protected classification.”

While they won’t say directly, we take heart that they’re an equal opportunity employer. Read on to learn more about how to get hired at Meijer — despite your record!

Has Meijer hired felons in the past?

We have no firsthand accounts, unfortunately.

Does Meijer hire people with misdemeanors?

Since these are often much less severe than felonies, they probably do. However, again we don’t have firsthand confirmation.

What are the odds someone with a felony will get hired at Meijer?

Ban the Box is exactly what it sounds like. Companies sign on and agree not to ask about your criminal record on job applications. This lets former felons have an equal chance in the hiring process.

Meijer isn’t on Ban the Box. You should approach their application process prepared for explaining any convictions you have.

We also thought to check out if Meijer was on The Fair Chance Business Pledge, just in case. The Pledge asks companies to actively be fair in their hiring practices by taking away barriers felons face. Unfortunately, they’re not part of this, either.

Does Meijer have special programs for hiring felons?

Meijer does not have special programs for hiring felons.

It won’t come as a surprise that we think your odds are uncertain. The company response is lukewarm, but we have no proof that they’ve hired felons before. There are some mixed online reviews, as well.

How to get hired at Meijer with a felony

What are some entry-level jobs at Meijer?

If you’re looking to get a job at Meijer, start here. Entry-level jobs are a great place to start and provide on-the-job training. They leave plenty of room for advancement as you work to build a reputation within the company as a hard worker.

If you’ve ever been to a supermarket like Meijer or Publix, you’ll know what kind of work you’d do in the stores. You have anything from cashier to janitor to baker to pharmacy technician. But maybe you don’t want to work with customers directly? That’s fine, too! They have other work in their distribution centers and warehouses. So that means you’d help handle and manage the stock.

Jobs like these are usually hourly pay and might include shift work schedules. Look through all the jobs up for grabs at Meijer and see which ones are a good fit for you.

How to get hired at Meijer with a felony

Let’s look at customizing your resume to match what they’re looking for. Since we already know they’re a supermarket, they typically look for people with customer service and stocking skills. One of the best parts about applying to entry-level jobs is that they do a lot of on-the-job training. Even if you don’t have a ton of experience, you still stand a chance.

However, let’s think about the experience you do have. Whether from before your sentence or during, your experience counts! Clerk positions helped you learn inventory skills. You know food handling if you’ve ever worked in a kitchen. And any shop or maintenance work you’ve done will help you get hired in the warehouse.

You should talk up all these jobs, and point them out when you get an interview. In the interview, you want to explain how you’re going to do the job. You want them to see you know-how, or that you are eager and able to learn.

So that brings us to classes you’ve taken. They count, too! Classes show you want to improve yourself. They also show you know how to learn. That might sound weird, but it’s true. Employers want to know they can train you, so show them they can.

This also builds trust. You know how to work hard to achieve a goal, even if left on your own. In an interview, make sure they see that — and tell them how you’ll work that hard for them, too!

Does Meijer do background checks?

Their online application says Meijer does a background check.

Most companies will do a background check at some point during the hiring process, even if it’s only to confirm you can work legally.

Aside from Ban the Box policy, you should know that background checks vary from state to state. Here are states that don’t consider records older than seven years:

You might be lucky and live in a state where employers can only see your guilty verdicts. Here are the states where your not guilty verdicts will be held back:

On the other hand, as unfair as it may be, there are states that still want to know everything, whether you were guilty or not. These states are:

Meijer got rated 3.1 out of 5 stars on glassdoor.com, and it appears pretty accurate.  Over half of its employees said they’d recommend working there to friends and family.

The majority of employees here approve of the CEO, which indicates that the company is made up of a positive environment that believes in its leaders.

Does Meijer hire felons? Maybe it depends on your record. The smartest thing to do when applying for a job is to think about how your record relates to the position you are applying for.

Cash-handling jobs likely won’t hire you if you were convicted of:

Retail sales jobs won’t like to see convictions such as:

While we can’t say for sure, our suggestion is to move forward as if they do.

Help others like yourself by sharing if you were successful in your efforts to get a job at Meijer with a felony. What advice do you have for people going out today trying to get a job here? 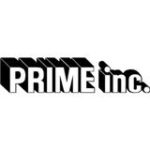