They may be the nation’s second-biggest home improvement retailer, but does Lowe’s hire felons? We wanted to know, too. At Relaunch Pad, we directly contact companies to specifically ask them about their hiring policies for former felons.

It’s no secret that having a record comes with unfair judgments. Since a lot of writers at Relaunch Pad either have a record or have helped felons out before, we know what it’s like. That’s why we all work so hard to help people with records overcome those judgments. Applying for jobs as a felon may be hard, but you don’t have to do it alone!

You’re here because you want to get a job at Lowe’s with a felony. Well, Lowe’s is a huge company has nearly 300,000 employees spread out over 2,370 locations, so chances are they’re hiring for something in your area. Let’s get started and find out how to get hired at Lowe’s! 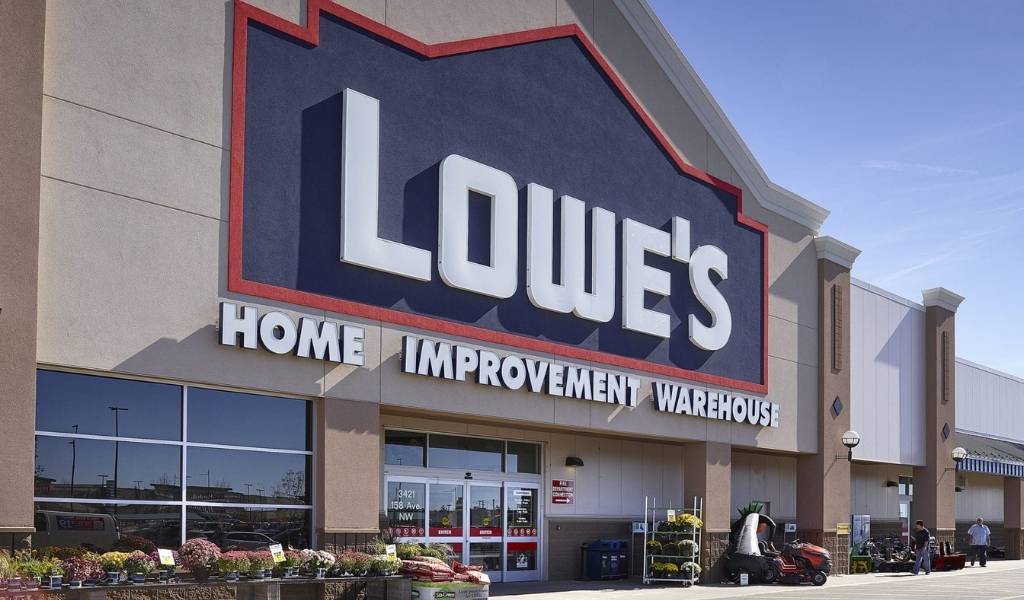 We weren’t able to get in contact with Lowe’s to learn their hiring policy regarding those with records. We will continue trying to contact them to get answers which can help increase your chances of getting hired.

Has Lowe’s hired felons in the past?

We have had many individuations tell us that Lowes has been willing to hire those with felony convictions of all kinds. Exactly what is acceptable is ultimately going to be up to the hiring manager and the job you are applying for.

So the good news is that in many cases they have hired felons. The bad news is you really won’t know how things will work out until you try for yourself. Don’t let this stop you from applying!

Does Lowe’s hire people with misdemeanors?

It appears as though Lowe’s hires people with misdemeanors as well.

b”What You Will Do All Lowexe2x80x99s associates deliver quality customer service while maintaining a store that is clean, safe, and stocked with the products our customers need. As a Fulfillment Lead, this means:xe2x80xa2 Picking and checking…

What You Will Do All Lowes associates deliver quality customer service while maintaining a store that is clean, safe, and stocked with the products our customers need. As an Merchandising Assistant Store Manager, this means: – Anticipating customer…
See All Available Lowe's Jobs

What are the chances of Lowe's hiring a felon?

Unfortunately, Lowe’s is not a part of the Ban the Box initiative. They are also not part of The Fair Chance Business Pledge.

Does Lowe’s have special programs for hiring felons?

Lowe’s does not have any special programs for hiring people with criminal records.

We rate your odds of getting hired at Lowe’s with a felony as average. There are a decent number of online reports saying felons and people with misdemeanors get hired here.

While Lowe’s isn’t part of any public initiatives that support felons, they are an EEO and don’t actively discourage those with records from applying.

Their application does not feature the box asking about criminal history, however, so you have a chance of interviewing before you get a background check done!

It looks like they hire former offenders depending on their actual circumstances. Before you make your case, let’s look at some entry-level jobs you could apply for.

How to get hired at Lowe's with a felony

Stocker: Stockers receive shipments, unload them and then stock them onto the appropriate shelves. Stockers need to be able to lift 50 pounds or more, be able to stand for extended periods of time and, above all else, must be trustworthy to ensure they do not steal the goods they are stocking.

Cashier: As a job description will tell you, the cashier is the final experience most customers will have with the store. Because of that, Lowe’s prefers personable employees who are able to effectively and quickly provide a great experience to their customers. You should be comfortable counting change and dealing with a variety of customer personalities. For this position, Lowe’s likes to see six months’ experience with both computers and customer service.

How to get hired at Lowe’s with a felony

A great resume is something that takes your life and work experience and makes them relevant to the job you’re applying for.

If you need to know how to make a resume before doing that, check out our guide!

Since we’re interested in impressing a hiring manager at Lowe’s, it would be beneficial to go on their jobs site and learn more about what they value in employees. For example, Lowe’s says they’ve always been known for great customer service! Therefore, it stands to reason that any resumes showing things like active community service will highly impress Lowe’s.

If you’re applying more for the receiving end, you will want to orient your resume to show you have a record of being trustworthy and efficient. Any kind of warehouse experience will help set you apart, so be sure to place that on your resume.

So you’ve made a great resume, submitted it with your application and gotten a callback. Now it’s time to prep for your interview. You’ll want to dress in business casual, with emphasis on the casual end. Showing up dressed too nicely can send a weird signal, as it can make it seem like you’re not a good cultural fit for the company.

Something like black dress slacks and a neutral t-shirt or polo should do the trick.

Once the interview has begun, make sure to stress why you’re a good fit for the company. If you want to work on the receiving end, be sure to note any special skills you might have. For example, if you have a license to drive a forklift, you’ll want to empathize that as it will demonstrate you need less training to do more work.

If you want to work on the front end, be sure to be extremely friendly, courteous and professional. Having a great attitude along with the ability to answer questions about the company’s history will show you’re eager to work there rather than taking any job that will have you.

Be prepared with questions, yourself! This will show you have active interest in the job and make you a better candidate.

Does Lowe's do background checks?

Does Lowe’s do background checks?

Our research shows that Lowe’s does perform background checks.

If you live in the states below, however, we have bad news. These states make your entire record visible to background checks. Guilty convictions, not-guilty — everything will be on the table. You may run into bigger challenges when applying living here:

Lowe’s has a rating of 3.4 out of 5 on Glassdoor, with 61% recommending the job. Despite that average score, employees mostly had good things to say about the company.

When talking about the pros, employees praised the pay. Even with part-time hours, they said it’s possible to make good money. Employees also note that even part-timers are eligible for holiday pay and benefits like stock options!

On the con end, employees took issue with how full-time positions required open availability. They also said that, on the flip side, part-time can be very light on hours sometimes.

Make sure to keep these in mind to make sure you’re okay with them before applying!

Above all else, Lowe’s depends on its customers. So if you have ever had any kind of violent felony, chances are Lowe’s will pass you up due to a perceived risk of bad customer interactions.

Lowe’s also deals with lots of small, valuable parts. If you have any theft-related felonies, be they burglary or even something more minor than that, Lowe’s will likely pass on hiring you.

There is also some indication that those with drug-related felonies will have a hard time getting hired at Lowe’s. There have been online examples of people being denied during the background check phase because of a drug-related felony.

Just when does Lowe’s hire felons or people with other criminal records? Well, it might be when your record doesn’t look like a threat to them. Do your best to show them it’s not!

Research shows that Lowe’s does perform pre-employment drug screens. There is also indication that Lowe’s will do them on employees who are either injured on the job or suspected of intoxication.

Were you able to get a job at Lowe’s with a felony? Share that or any other experiences that may help others get hired below!