Considering working in the fast food industry? You may want to know: Does KFC hire felons? Kentucky Fried Chicken, owned by Yum! Brands, is headquartered in Louisville, Kentucky. With more than 20,404 locations, the restaurant chain is the world’s second-largest in sales. If you want to know how to get hired at KFC, dive into this article!

We will provide answers to the best of our ability to questions such as:

Will my conviction stop me from getting a job here? We contact companies directly to ask if they hire ex-felons. Although we have been unable to reach anyone at Kentucky Fried Chicken yet, we will continue trying to make contact while bringing you valuable information based on our extensive online research.

Relaunch Pad knows how hard it can be for former felons to master the job search process and to get hired. We assist them with how to prepare a resume and dress for an interview. Because we hire people with felony convictions or those who have worked with them, we know what we’re talking about. Read on and find out how you can get a job at KFC with a felony. 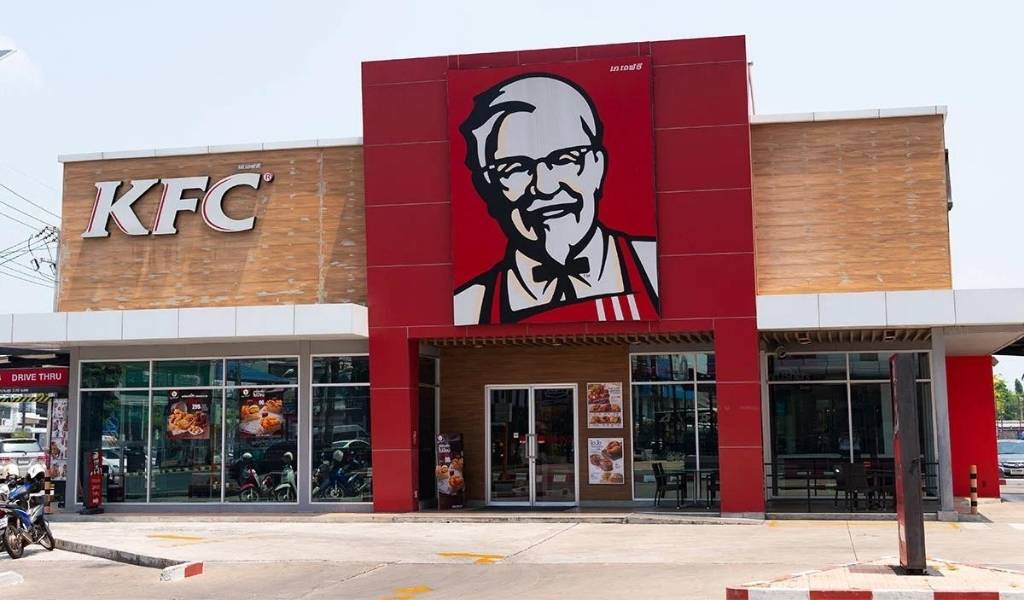 We haven’t heard back from the company yet, and there isn’t a policy posted on their website that deals with former felons.

We have found comments online that say Kentucky Fried Chicken has hired felons in the past for some positions.

Does KFC hire people with misdemeanors?

We were unable to get a company statement. However, since our research has found that the company has hired ex-felons, we believe that people with misdemeanors have an even better chance of getting hired.

At KFC, we feed the world. But we do more than fill people up. We fulfill their life. Our meals matter, and when we serve them with southern hospitality, we make our customer’s day. So our jobs are more than a paycheck – they’re about being…

What are the chances of KFC hiring a felon?

The Ban the Box campaign and its sister movement, the Fair Chance Business Pledge, work to help felons get back on their feet. Employers who Ban the Box remove questions about conviction histories from their job applications so ex-felons have a better chance and can get farther in the employment process. Companies that support these actions are good to apply to.

Kentucky Fried Chicken is not ban the box, nor have they signed the Fair Chance Business Pledge. Their application has a box asking about your criminal history.

Does KFC have any special programs for hiring felons?

Although KFC doesn’t currently have any specific programs for hiring felons, local job placement agencies or workforce centers may offer options that can help you to snag the job you want.

We think you have high odds of getting hired at Kentucky Fried Chicken. While you’re going to have to face your record in order to get hired, they will look past convictions in many cases. Thankfully the size of the company works in your favor if you’re looking to get hired immediately.

How to get hired at KFC with a felony

Entry-level jobs are a great way to get your foot in the door of a company that you want to work at or to get extra experience to help your career goals.

At Kentucky Fried Chicken, employees need to have a positive attitude and be polite, friendly, and show up on time to work their shifts.

Entry-level jobs at KFC are as follows:

How to get hired at KFC with a felony

If you want to get a job at KFC with a felony, you’ll need to research their website and see what jobs they have to offer. Keep in mind which jobs best match your experience, skills and interest.

Jobs that you held before you went to prison or that you worked in while serving time may have helped you get better at the following skills which could assist you with finding work as an ex-felon:

A solid resume is key to your job search. Consider getting professional help with your resume. You may get some helpful advice from a local job placement agency with resume preparation, dressing and interview skills.

You might have gained a number of skills from both paid positions and unpaid voluntary work or activities. Remember, any classes or workshops you’ve taken will help show you’re qualified for the job.

When possible, apply for a job in person as it sends the message that you’re serious about the job. Take the time to groom and dress appropriately, get a fresh haircut, brush your teeth, press your clothes, and do your best to cover tattoos.

Tattoos may not be against the company’s policy, but you want to make sure before you show them. You want your first impression to be a good one that favors you as an ideal candidate.

Does KFC do background checks?

Does KFC do background checks?

We could not obtain a direct statement from Kentucky Fried Chicken. However, the majority of comments online state that yes, KFC does perform background checks for Shift Manager positions and above.

Keep in mind that a background check won’t necessarily disqualify you from a job, but a certain felony may work against you, especially if you’re applying for certain positions.

If your conviction is seven years old, some states don’t view those offenses. So, if your record is six years old, wait the time out so that if you apply for jobs in the states below, your employers won’t see your record:

However, if you were found not guilty, the list of states below does not consider those court cases:

There are a number of states that report everything on their background check process. If you are looking for a job in these states, employers will see your entire record, even if you were found not guilty:

With nearly 3,000 reviews on the site glassdoor.com, Kentucky Fried Chicken received an average score of 3.2 out of a possible 5 stars, and 52% of people would recommend a friend.

Based on KFC’s job application, there are questions about if you’ve ever been convicted of a crime (does not include minor traffic violations), if you’re currently charged with a crime, or if you’ve ever threatened or committed an act of violence, harassment, or discrimination. Whether your felony could prevent you from getting hired or not may depend upon the job or other factors about the crime.

Depending on what position you are being considered for, convictions related to robbery, burglary, larceny or sex crimes may make it harder to get hired.

However, don’t let your record be the reason that you don’t apply. The only way to know what will happen is to apply.

Although we weren’t able to find their drug testing policy, most comments online stated that they don’t perform drug tests. However, since we cannot confirm this with the company, we would say there’s a possibility that drug tests are performed, even if it’s random.

If you have ever worked at Kentucky Fried Chicken, we’d love to hear your tips to help an ex-felon have a better chance to get hired.