General Motors is a popular American automotive company. They have been creating jobs for many decades, but does GM hire felons?

If you have a record and are in need of work, this is a question that is likely always on your mind. That’s why we make it our mission to supply accurate information about major employers’ hiring policies.

To do this, Relaunch Pad goes directly to the source to ask if they will hire former felons. We also examine several other important questions, like:

So, now that you understand what we are about, read on as we now dive into a comprehensive article that will hopefully tell you everything you need to know about General Motors’ approach to hiring. 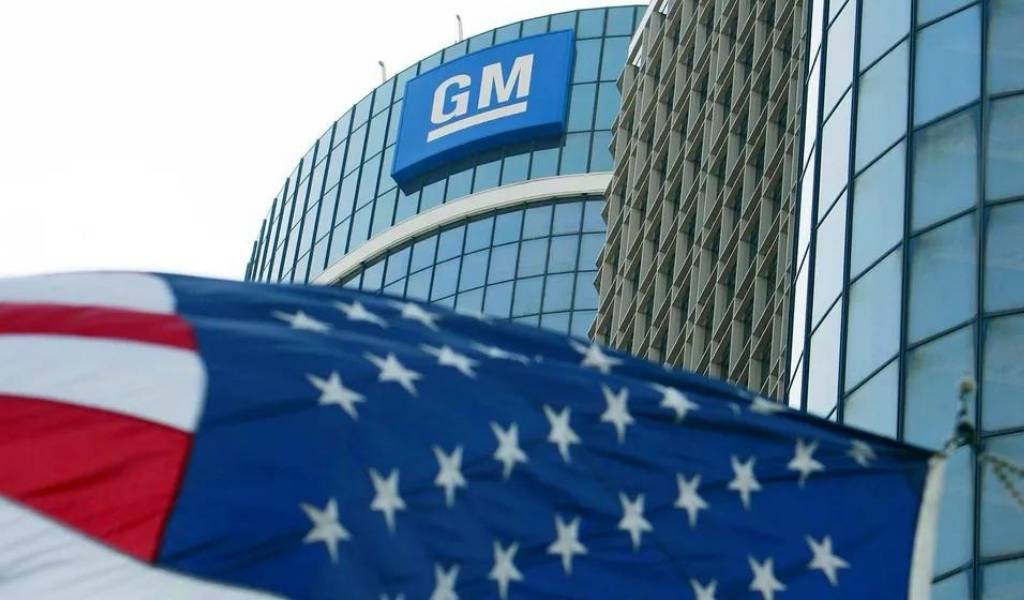 Unfortunately, we have not yet heard from the company about their hiring policies. However, we have done some separate research in the meantime.

Has General Motors hired felons in the past?

Based on our research, it looks like General Motors has hired former felons in the past. Again, how they go about doing it is difficult to say. Companies usually decide based on the offense, how it impacts the job and how long ago it happened.

So, it seems it is possible to get a job at GM with a felony.

**Job Description**This is a **Hybrid** position within our IT Organization. The role will allow employees to work offsite but will also require onsite work based on business needs. The selected candidate will be expected to commute to the innovation…

Interested in working for GM, but don’t see a listing that you are eligible for right now? No problem! Please drop your resume through this posting and we will keep you updated on any new roles that become available.

What are the chances of General Motors hiring a felon?

Is General Motors on the Ban the Box list?

The Ban the Box movement is an awesome project that is designed to remove questions about criminal records from job applications. The idea is to let an applicant’s resume stand for itself.

There is also the Fair Chance Business Pledge. This program is very similar, but it involves companies voluntarily pledging not to discriminate in their hiring process.

These are both great programs, but unfortunately General Motors is not involved in either one of them. But don’t get too upset by this! There are many companies out there that aren’t involved in these programs that do hire former felons.

Does General Motors have special programs for hiring felons?

There are also some companies out there that have specific programs for hiring people with felonies. However, General Motors is not one of them. This isn’t a bad thing, exactly, because these programs are regrettably not very common.

It’s still possible that you will be able to get a job at General Motors with a felony. There just won’t be a special program helping you do it.

Let’s talk about what we know so far. General Motors seems to have hired former felons in the past, but they don’t have any programs for it. They aren’t involved in the Ban the Box Movement or the Fair Chance Business Pledge, either, which makes rating them trickier.

Based on everything we know, we would have to say that your chances are uncertain. It seems possible to get hired at the company with a record, but we don’t know yet how that decision gets made.

If General Motors complies with our request for more information, we may be able to upgrade the rating.

How to get hired at General Motors with a felony

General Motors is a massive company that has loads of different job opportunities. However, most of the entry-level jobs are in their manufacturing and maintenance departments.

These jobs are going to involve operating heavy machinery. Hours may vary, though many production factories have round-the-clock shifts.

How to get hired at General Motors with a felony

Getting hired at any company always begins by submitting a great resume. To start things out on the right foot, you might consider getting a little bit of help with your application. Remember, resume writing is something that most people struggle with and there is nothing wrong with having a career center, or even a friend, look at your application!

The goal should be to highlight your relative skills. Since General Motors has mostly factory-oriented jobs, similar work experience will be a big plus. However, any experience with heavy machinery will help you standout.

Even if your experience is from using a forklift at a grocery store, it will be worth mentioning.

If your resume is good enough, you will be called in for an interview. Though a factory setting is not very formal, you’ll want to wear nice, professional looking clothes for this part of the process. The idea of any interview is to present yourself as a reliable, committed professional and what you wear says a lot about that.

Similarly, you will also want to cover up tattoos and remove unconventional piercings.  Be natural and try to answer any questions in a way that illustrates how qualified you are for the job.

Does General Motors do background checks?

Does General Motors do background checks?

Where you live can have a big impact on how much the company learns about your record!

For example, there are a few states that only look back seven years into your record. Any felonies from further back will not show up in these states:

Perhaps even better, there are also eight states that won’t include information about not guilty verdicts in their background checks. Here are those states:

Unfortunately, though, there are many states that look at everything. If you live in one of these states, General Motors will see everything on your record, including not guilty convictions:

We also did a little bit of extra research to figure out what it is like to work at General Motors. To do this, we went to glassdoor.com. We found that they have a 3.5 out of 5 star rating, with a 75% CEO approval rating. This means most people like working here!

The lowest average score was a 2.9 for senior management. The highest rated score was a 4.0 for compensation and benefits.

General Motors hasn’t specifically told us what sort of felonies they are on the lookout for, but there are hiring trends across the manufacturing industry that can give us some insights.

Since most jobs at General Motors require the operation of heavy equipment, any charges that involve narcotic or alcohol abuse will probably hurt your chances of getting hired.

It is also possible that theft or violent offenses will be weighed against you for positions at GM’s dealerships.

General Motors will test for drugs once they make their offer. If the test comes back positive, they’re likely to cancel said offer, so be prepared!

What is your experience with GM? Did this article help you figure out how to get hired at GM or another automotive center or dealership? We want to hear what you have to say!