Have you ever thought about working in the food distribution industry? If so, then you may be wondering, does Dot Foods hire felons? Dot Foods is the largest food distribution company in the United States, so we definitely wanted to find out the answer to that question.

Today, we’re going to talk about how to get a job at Dot Foods with a felony. This could be a great place to get a job and get back on your feet. We also want to cover some other important questions you may have, like:

Relaunch Pad spoke to Dot Foods directly so we could get some answers. We’re also going to share our expertise as former offenders or those who work closely with them ourselves.

Now, let’s find out how to get a job at Dot Foods with a felony. 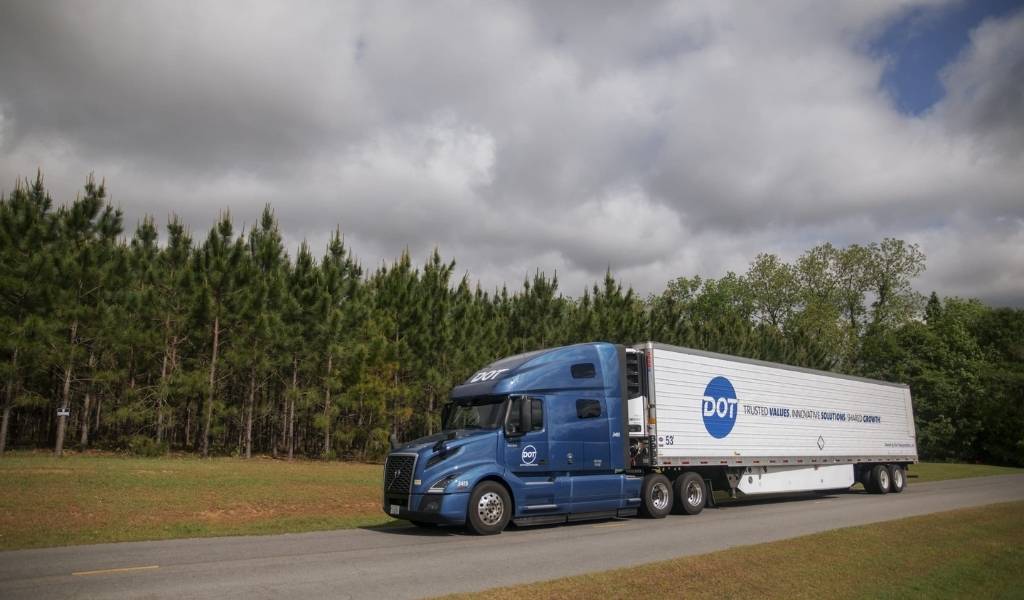 “We are open to hiring the best talent that fits the job and a felony conviction does not automatically rule someone out. There are many factors that go into candidate consideration.”

This is great news for you!

Dot Foods confirmed that they have hired felons in the past.

Dot Foods did not tell us directly whether or not they hire those with misdemeanor convictions, but we can be pretty certain that they do.

What are the chances of Dot Foods hiring a felon?

Is Dot Foods on the Ban the Box list?

Two programs have worked to end discrimination from employers against those with a record, the Ban the Box campaign and the Fair Chance Business Pledge.

Ban the Box has works to convince companies to remove criminal history questions from their application process. Thanks to the campaign, thousands of companies have done so.

The Fair Chance Business Pledge has encouraged businesses to give people with criminal convictions more opportunities for jobs and advancement.

We can tell you that Dot Foods does not ask about criminal history on their application, but we did not see them officially part of either initiative.

Does Dot Foods have any special programs for hiring felons?

Dot Foods does not have any special programs for hiring felons. However, we want to encourage you to check with your local workforce and job placement centers. They usually have programs in place to help those coming out of prison find work.

We think you have high odds of getting hired at Dot Foods with a felony. This is based on the fact that they are so open to hiring the best person for the job, felony conviction or not.

We also love that they do not include criminal history questions on their application.

How to get hired at Dot Foods with a felony

Dot Foods has warehouses all over the country. Even though they are a food distribution company, most of their entry-level jobs have nothing to do with food.

When we browsed their job portal, we discovered that most jobs require you to have a GED or a high school diploma.

Here are a few examples of entry-level jobs:

They also look for truck drivers, which require applicants to have their commercial driver’s license. We saw in our research that they do have student truck driver scholarship programs that pay for applicants to get their CDL. That’s encouraging!

How to get hired at Dot Foods with a felony

We received some great information from the company about how to get a hired at Dot Foods with a felony. When asked about a recommended approach, they said:

“[Former felons] should be aware of how their offense may impact some jobs that they are applying for. For example, jobs may have restrictions when it comes to money handling, driving, etc. Are there any positions or departments where they are more likely to be hired? Again, it depends on the offense, how long a person has been paroled, parole limitations and job type.”

When you find a job that matches your skills, you will begin the process by filling out an online application. If your resume catches a hiring manager’s eye, you will be asked to come in for an interview.

Speaking of resumes, you need to have one ready. We know how difficult it may seem to create a good resume, especially with some gaps that may be present. We have created a guide to help you.

When it comes to experience, you aren’t limited to the jobs you’ve held. We realize that many people coming out of prison have limited work experience in the “real world,” but that’s not the only thing that matters.

Think about the jobs and training you’ve had in prison. Here are some common work experiences many people have when they are locked up:

There are even some states where private companies hire inmates to work in technical fields.

Also, don’t forget about any vocation classes you may have taken, such as carpentry, plumbing and brick masonry.

All of these classes should be taken into account because they all teach skills that translate to real-world jobs.

If you make it to an interview, this is your time to shine. It is important to look your best. You need to show up in a nice set of clothes. Brush your hair and make sure your facial hair is trimmed, if necessary. Brush your teeth.

For an initial interview, make sure to cover up as many tattoos as you can until you know the official company policy.

If you are asked about your criminal history, don’t be afraid to answer truthfully. Be upfront and admit you’ve made mistakes in the past and that you are ready to start a new chapter in your life. Criminal history questions may not come up, but be ready for them if they do.

Practice answering some common interview questions out loud beforehand so you are ready when you are with a manager in person.

Does Dot Foods do background checks?

Does Dot Foods do background checks?

This is different in California, where legally they are required to perform a background check after an offer of employment is made.

Not all states have the same background check requirements. Below, you will find a list of states that do not show any of your history beyond seven years:

The following states still show all convictions you have been charged with, regardless of whether you have been found guilty or not guilty:

Dot Foods fares pretty well on the website glassdoor.com. The website allows current and former employees to leave feedback about companies. Overall, they have a 3.6 score out of a possible 5 and 65% of people say they would recommend working there to a friend.

People praised the competitive pay scale for warehouse jobs. Others loved the family environment that is created within each work location. Many people said the schedule was flexible and the benefits were great.

A lot of people criticized management, but we find that is the case with most negative reviews, regardless of the company.

Another complaint we saw was that there was “a lot of manual labor.” We don’t think that should come as a surprise for a warehouse job! Honestly, compared with prison duties, the manual labor is probably nothing serious.

Does Dot Foods hire felons? We know they do, but are there certain convictions they avoid?

Basically, if you have a theft conviction, you probably shouldn’t apply for a job where you’ll be around money. If you have a serious driving conviction, like a felony DUI, it will be harder to get hired as a driver.

That doesn’t mean that there aren’t other positions in the company where you would be a good fit. Again, find a job that matches your skills, be aware of your particular convictions and apply.

In our research, we found multiple current and former employee reviews confirming that Dot Foods does drug test employees. This is certainly going to be true for their truck drivers and anyone in a warehouse who uses heavy equipment.

Have you ever worked for Dot Foods? If so, please comment on your experiences below.