Have you ever thought about working at a pizza joint? If so, you may be wondering, does Domino’s Pizza hire felons?

We want to answer that question for you today. We spoke directly with Domino’s Pizza and asked them about their hiring practices concerning felons. We also asked about some other important issues, like:

We want to make sure you have as much information as possible before you apply for Domino’s Pizza. At Relaunch Pad, we strive to help former felons get back into the workforce. We also hire people with felony convictions because we believe in practicing what we preach.

So, let’s find out how to get a job at Domino’s Pizza with a felony. 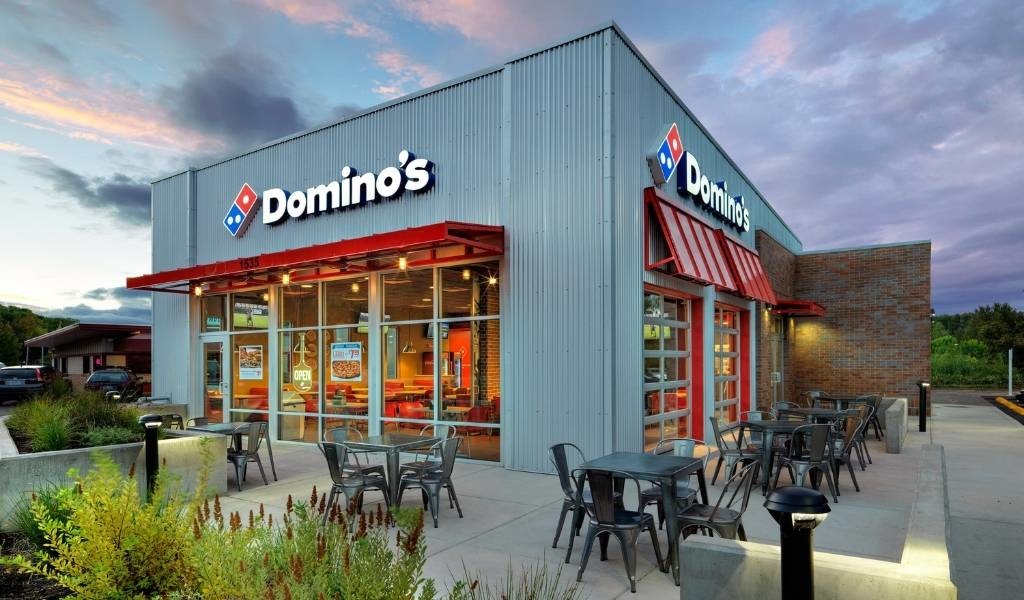 We asked Domino’s Pizza’s directly about their policies regarding hiring those with felony convictions. Here’s what they had to say:

“Most of our stores are independently owned and operated, and the franchise owner is responsible for all aspects of operating the store. Please direct your questions to the local owner.”

Domino’s Pizza did not comment directly as to whether or not they’ve hired felons in the past. Don’t take this as being a bad thing. In fact, it may be good. It gives considerable leeway to each individual franchise owner.

Aside from that, we know from other sources that Domino’s Pizza has hired former felons in the past.

We are hiring Delivery Drivers to join our team! Our Delivery Drivers get to ride around town, listen to music, and make great money! We have very flexible schedules and even allow you to work as little as 4 hrs and up to 50+ hrs a…

As a Customer Service Represntative, you’re fully immersed in the spirit of the establishment. You’re high functioning, adaptable, and ready for whatever a customer throws at you. Working with other team members isn’t just your strong suit, it’s one…
See All Available Domino's Pizza Jobs

What are the chances of Domino's Pizza hiring a felon?

Is Domino’s Pizza on the Ban the Box list?

We applaud the efforts of the Ban the Box campaign and the Fair Chance Business Pledge. Ban the Box has been a nationwide effort to stop hiring discrimination against former felons by convincing employers to remove criminal history questions from their job applications. The Fair Chance Pledge has worked to encourage employers to eliminate barriers beyond the initial application for felons looking for a job.

Unfortunately, Domino’s Pizza has not removed criminal history questions from their application.

Does Domino’s Pizza have any special programs for hiring felons?

We could not find any information about special programs Domino’s Pizza may have regarding assistance for former felons. We always encourage you to check with your local job placement agencies, temp agencies and workforce centers. They usually do have programs geared towards helping felons.

We think your odds are average that you will get hired at Domino’s Pizza with a felony. Up to this point, we realize the information has not been encouraging, but let’s be honest — pizza joints always need employees.

How to get hired at Domino’s Pizza with a felony

Browse through Domino’s Job portal to get an idea of the kind of jobs they have. If you’re ready to apply, start by choosing a location and figuring out which store you want to work for.

Here are some of their entry-level jobs:

There are also jobs available at their 17 food supply and dough manufacturing centers. These centers ensure each of the 15,000 Domino’s locations have everything they need.

These are great entry-level jobs that leave plenty of room for advancement. There tends to be a high turnover rate at pizza places, which is a good thing if you are dedicated. If you are a loyal employee, you could make it to management.

How to get hired at Domino’s Pizza with a felony

Domino’s Pizza allows you to search for and apply for jobs online. That is one option, but we recommend going to the physical location you want to work at. Before you go, make sure you look your best. Have a fresh haircut, facial hair trimmed and teeth brushed. If you have visible tattoos, like many former felons, don’t worry about it. Just cover them up the best you can for the initial meeting.

When you get there, ask to speak with a manager. Politely ask if they are hiring and get an application. They may ask you to apply online, but that’s okay. Now they know who you are and that you are serious about getting a job.

Bring a resume with you. We know that your resume may have some gaps due to your time away, but that’s okay.

We have a wonderful article about how to make an incredible resume for former felons. There are even instructional videos.

Whether you know it or not, prison jobs offer you real-life skills. What jobs did you hold in prison? Did you work in the kitchen? Great! That means you’ve already learned many of the skills you’ll need to work at Domino’s Pizza, from food preparation to kitchen cleanliness.

If you worked as a clerk or librarian, you had to use interpersonal and communication skills on a regular basis, both with prison staff and other inmates. These skills will translate well to dealing with coworkers, supervisors and customers.

Remember, your past convictions don’t define you. What you’re doing now and the skills you use from the past makes you who you are now.

Does Domino’s Pizza do background checks?

Does Domino’s Pizza do background checks?

Domino’s Pizza didn’t say whether or not they perform background checks. However, we did some research online and it seems that some locations do.

Again, this is likely because each franchise owner is responsible for their own hiring. There is not a single overall company policy regarding this, though.

We have seen that corporate employees are subject to background checks.

You may live in a state that doesn’t look at offenses you committed if they are more than seven years old. That’s great news if you do. Here is a list of those states:

Some states choose not to show charges in which you’ve been found not guilty. Those states are listed here:

Then we have the states that show everything on their background checks. This includes every charge you have on your record, even the ones you’ve been found not guilty. Here are those states:

Domino’s Pizza has a bunch of reviews on the site glassdoor.com. They have an overall 3.4 out of 5 rating with 59% saying they would recommend working there to a friend.

Many people said that Domino’s Pizza has a great workplace culture. They also said that there are plenty of hours available if you want to work them. The hours are flexible and the environment is fast-paced.

People complained about the pay. Delivery drivers in particular said that they had to rely on tips to make decent money. That doesn’t help when business is slow. Drivers complained about wear and tear on their personal vehicles.

These ratings don’t mean you shouldn’t apply. People are more likely to post their complaints than their praises, unfortunately. So keep that in mind as you read reviews.

You may still be wondering, does Domino’s Pizza hire felons? You may also want to know if certain convictions will make it harder for you to get a job.

Domino’s Pizza employees interact with the public regularly, particularly the delivery drivers who are going to other people’s homes. Because of that, those charged with sex crimes may have a harder time getting a job here.

There is a constant flow of cash at pizza places, both at the store and when deliveries are made. Store owners may be hesitant in hiring someone who has had multiple theft-related convictions.

You have a chance to explain your charges in an interview. Much of the hiring decisions will likely revolve around how many convictions you have had and how close the convictions were to one another.

Domino’s Pizza does not say whether they drug test or not, but this will also be up to individual franchise owners. In our research online, some people say they were drug tested while others said they were not.

Keep in mind, if you are a driver or work in the kitchen and an accident occurs, workers’ compensation insurance companies may require a drug test.

Now it’s your turn! Have you worked at Domino’s Pizza? Let us know about your experiences, especially if you are a former felon.

Your information could prove invaluable for our readers as they look to get back on their feet.