Chipotle is a Mexican fast-casual restaurant that specializes in tacos and mission-style burritos. Considering they have over 2,000 locations across the U.S., they hire frequently. . . but does Chipotle hire felons?

They take pride in using organic meat and produce, and prepping and cooking all their food right in house. If you want to gain valuable kitchen experience, this article will help you get a job at Chipotle with a felony.

Finding work with a felony on your record can be difficult. It can be hard to know where to start. To help you out, Relaunch Pad got in direct contact with Chipotle to learn about their policy on hiring former felons.

At Relaunch Pad, we go to bat for felons, and that doesn’t just mean writing articles. Many of our staff have felonies on their records, so we know that having a felony does not mean you aren’t capable of contributing.

To contribute, you’re going to need a job. Research is the key to any successful job hunt. We did all of it for you; so when you apply and interview at Chipotle, you’re ready to succeed.

Read below and you’re going to learn: 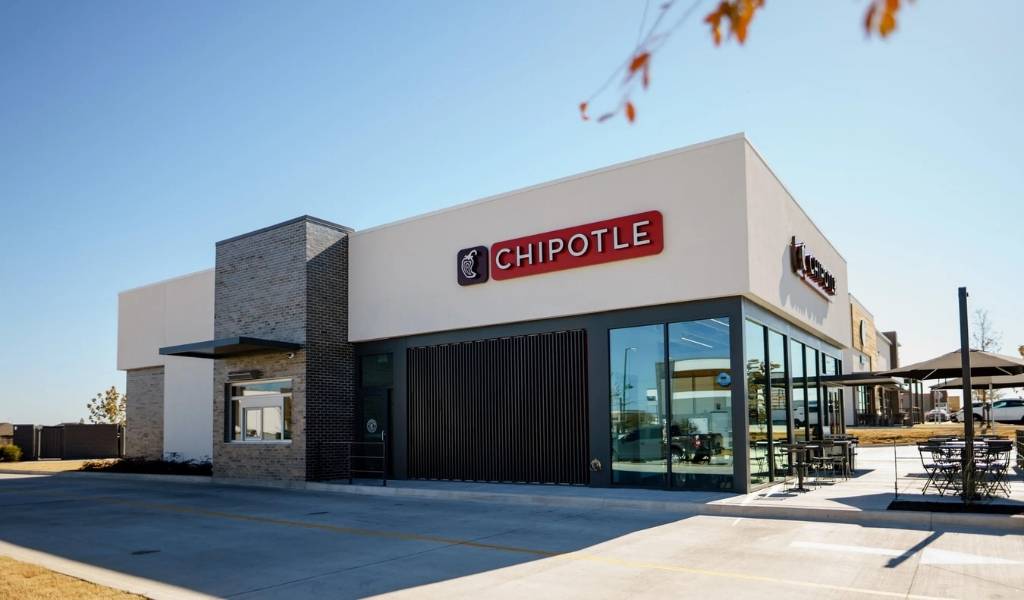 We contacted Chipotle about their hiring practices regarding people with felony convictions. This was what they said:

“Anyone is welcome to apply to our restaurants and if someone is considered for employment all of these issues will be looked into. I’m sorry I can’t provide more information for you, but again, we encourage anyone to apply.”

Chipotle would not directly confirm if they have hired former felons before. However, other sources confirmed that they have.

Does Chipotle hire people with misdemeanors?

We were not able to get a direct answer from Chipotle concerning misdemeanors. If we think about it, though, people with felonies have gotten hired, so people with misdemeanors have probably gotten jobs, too.

Overview At Chipotle, weve created something special: a better place to eat and work. Here, youll be part of a team that is working to cultivate nourished communities where wholesome food is enjoyed every day. To achieve this mission, we provide…

What are the chances of Chipotle hiring a felon?

The Ban the Box campaign is a movement which allows businesses the opportunity to make a pledge for fair hiring practices. It, along with the Fair Chance Business Pledge, encourages business owners to welcome the incarcerated back into their communities. Businesses that join Ban the Box won’t ask about criminal history on job applications. You should be aware of both of these programs and which companies have opted in.

Our investigation has not turned up any proof of Chipotle’s involvement with either. As such, there is one section on Chipotle’s application that asks if you have been convicted of a felony within the past year.

Does Chipotle have any special programs for hiring felons?

Chipotle does not have any special programs for hiring felons.

We calculated the odds of getting the job at Chipotle with a felony. The result? You have high odds of getting hired at Chipotle if you have a record. While they don’t outright say yes, we have many firsthand accounts of those with records being hired in Chipotle and even moving up the ladder. On a case-by-case basis, Chipotle will hire felons.

On top of that, they do not ask for experience or a fancy resume when you apply. They do ask that you are presentable, have a good attitude and the desire to learn.

So, with that in mind, let’s see what entry-level jobs suit you.

Chipotle is a fast-casual restaurant, so the only entry-level job is for crew member. They ask that you be ready to cook a lot. The best part? Chipotle does not require any cooking experience to apply. They have a system set in place to match your skills with a workstation that compliments them. They guarantee training in all required cooking so you can succeed and thrive.

If you already have kitchen experience, you are even better off.

On their job portal, the only requirements needed to apply are that you can speak English and are sixteen years of age or older. That should cover pretty much all of you, so read below on how to get hired at Chipotle with a felony.

You can apply at Chipotle online, but — as with any job — it’s best to go in yourself with a copy of your resume.

On Chipotle’s careers website (where you can also apply), they list the thirteen fundamental personality traits that can’t be faked.

By giving you these, Chipotle is not only telling you how to get hired, but how they’ll grade you as a worker if you do get hired. It’s up to you to capitalize on them.

Before you do anything, you will want to create a good resume for the job. A resume allows you to sell yourself in a way an application doesn’t. Making resumes can be intimidating, so Relaunch Pad made a guide just for felons on how to make one.

Watch the instructional videos to create your resume while also keeping in mind Chipotle’s thirteen personality traits. Just because you have gone to prison does not mean you didn’t learn valuable skills.

Resumes are about who you are now.

If you worked in a prison kitchen, you probably already learned a lot of skills needed to work at Chipotle. Even if your kitchen didn’t serve tacos and burritos, you learned how to handle food safely. You learned large scale kitchen prep and successfully helped feed hundreds of inmates on a daily basis.

Maybe you didn’t work in a kitchen. That’s okay, other experience applies. Someone working as a cashier needs to display honesty (one of Chipotle’s traits). If you had a manufacturing job, you had to learn new things quickly in a high pressure environment. Same as in a restaurant.

Think of all the work you see happening in a restaurant, and then be creative in how you compare your own experience and life skills to it.

If you get an interview, remember Chipotle’s thirteen personality traits. You can’t control the fact you have a record, but you can control how you present yourself in your resume and interview. Managers will be looking for presentability, a willingness to learn and a great attitude. Start by dressing well for your interview.

Chipotle asks that you be comfortable for your interview, so business casual dress will set you up to impress. A nice shirt and pants will send the message that you have researched Chipotle’s traits and want the job.

Throughout the interview, make sure to smile. Happiness is one of their personality traits. This also makes you less intimidating and more approachable.

Lastly, come ready with questions about how the job works. It’s considered inappropriate to ask about pay or benefits on the first interview, so ask about what makes a successful employee instead. It shows the manager that you not only want the job, but that you also want to do it the best you can.

There have been instances of management staff and corporate employees getting stricter background checks, so learn about that before becoming too invested in moving up with Chipotle.

Some states say that after seven years, your record is between you and the state. If you live in the following states, you’re in luck:

Certain states won’t show not guilty charges on your background. Those are:

Last, there are states where everything will show on your background check. This means all guilty charges and all not guilty charges. Those states are:

Chipotle has thousands of reviews on glassdoor.com. As of December 2nd, 2018, they scored a 3.4 out of 5 on an overall satisfaction rating. That is an average rating, but most reviews are positive.

Good reviews mentioned meal benefits and flexible scheduling. They also said Chipotle offers options for you to pay for schooling and chances to get promoted. The people who left good reviews really seemed to love it.

Bad reviews complained about work you’d find in any kind of restaurant. They claimed the job is very stressful during busy times and that bad teamwork sometimes makes things harder than they need to be.

Just know to take any review, good or bad, with a grain of salt. No job is perfect, so you should think about if what the job offers is worth the negatives.

You asked, does Chipotle hire felons? We answered yes, but on a case-by-case basis.

Service jobs often involve working with the general public, so anyone convicted of a sex crime may have difficulty getting hired at Chipotle.

Chipotle also hires minors, so if your felony involved child pornography or a minor in any way, you will not be eligible.

If you have committed any kind of violent felony which involved food or drink, this may also be a disqualifier. Chipotle has had a complicated history with food safety and is going to be wary of hiring anyone with such charges.

People with DUI related felonies may have difficulty getting hired as well. Some busier restaurants prefer you don’t need public transit or rides to get to work.

There is also a chance you’ll be working with a register and handling cash. You might even have access to sensitive financial information. Some managers may therefore be wary of hiring you if you’ve been convicted of theft or fraud.

However, don’t be discouraged. Interviews exist so you can explain yourself and why you deserve a chance. Remember that Chipotle is set up to have multiple workstations. See if there are stations where you can be placed where any problems your conviction may cause are minimized.

It is uncertain whether Chipotle drug tests or not. However, on their website, they say they try to complete their interview and hiring process in the same day.

If you want to prepare for Chipotle’s fast hiring, you should be ready to take a drug test before you submit your application — just in case.

Do you currently work at Chipotle or have been employed there before? Have you applied or interviewed at a Chipotle and want to give your firsthand account? Using information from this article, were you able to get a job at Chipotle with a felony?

Join the discussion about Chipotle and how it does (or doesn’t) work for felons.