At Relaunch Pad, we’re on a mission to help you find a good job when you have a criminal record. Many of our staff have been there themselves, or have experience working with former felons.

So, let us help you find out how to get hired at Casey’s General Store. We answer the following questions, and more: 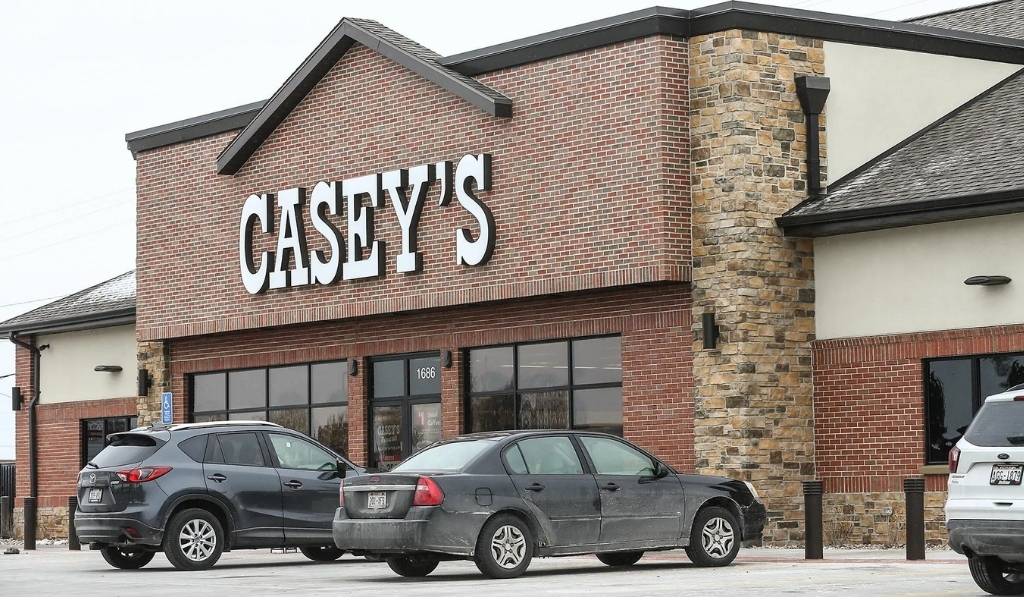 We contacted the company directly. Here’s their official statement about how to get a job at Casey’s General Store with a felony:

“Due to Employment Restrictions set forth by the State Liquor Laws in the State of Missouri, we are not able to hire a person who has been convicted of a felony or convicted of violating the provisions of any law applicable to the manufacture or sale of intoxicating liquor.

State Lottery laws do not permit us to employ any person who will participate in the management or sales of lottery tickets who has been convicted of a felony. Our employees are crossed-trained in all areas of our stores and the necessity of them possibly needing to cover the cashier position, therefore we are unable to hire individuals with these types of convictions.”

Has Casey’s General Store hired felons in the past?

As stated above, many state laws prohibit former felons from working at Casey’s General Store. But, don’t stop reading!

Online comments on indeed.com from current and former Casey’s staff suggest the company has previously hired felons. In addition, there are a few comments from some store managers who say they would hire former offenders. This would depend on the type of offense and how long ago it was, as well as on the position you’re applying for.

For example, one manager answered a question about a drug felony that was 45 years old.

He said as long as the “. . . person wasn’t violent, didn’t steal and with no other convictions, if he was a good person willing to work then I do not see a reason not to [hire him or her]. Felons need work, too.”

Another manager commented, “At Casey’s, if you have a felony, you cannot become management, but it does not keep you from getting a store employee position.”

However, remember that while these comments are encouraging, there are not many of them. So, if you want a hiring manager to take a risk on you, be ready to be very convincing!

The official statement from the company talks about felonies, and not misdemeanors. They also specify any convictions for violating laws for the manufacture and sale of liquor. These are felony offenses.

Store Employee -All states except MN or IL

Join your local Casey’s General Store as a Store Associate. In this position, you will provide world class customer service in a friendly neighborhood environment where customers are the number one priority. This position offers a variety of duties f…

Store Employee -All states except MN or IL

Join your local Casey’s General Store as a Store Associate. In this position, you will provide world class customer service in a friendly neighborhood environment where customers are the number one priority. This position offers a variety of duties f…
See All Available Casey's General Store Jobs

What are the chances of Casey's hiring a felon?

Is Casey’s General Store on the Ban the Box list?

Ban the Box urges companies to take the criminal record check box off the job application. This means your job skills will be considered first. Unfortunately, Casey’s General Store doesn’t appear on the Ban the Box list. Although, this isn’t surprising when you consider the official statement they gave us.

There are other movements out there that aim to help felons. For example, the Fair Chance Business Pledge allows employers to make a positive stand on hiring issues. By signing, businesses show they are going to treat everyone equally.

While Casey’s hasn’t signed the Pledge, it doesn’t mean they don’t believe in equal treatment. Remember, there are some people who have been hired with criminal records.

Does Casey’s General Store have special programs for hiring felons?

We couldn’t find any evidence that Casey’s General Store has special programs for hiring felons. Honestly, we didn’t expect there to be.

Sadly, we think your odds of getting hired at Casey’s General Store with a felony are low. We base our opinion on a few things:

However, you may still have a chance of getting hired at Casey’s General Store. So, we’ve found some good entry-level jobs below.

How to get hired at Casey's with a felony

You can probably imagine what it’s like to work in a general store. However, here are some example jobs to give you a better idea:

All positions offer flexible work schedules, competitive wages and vacation pay. In fact, if you get hired as a Grocery Driver or Gas Driver, you’ll get a nice signing bonus!

There are also opportunities to advance at Casey’s. In addition, there are a range of health benefits, disability insurance and a 401(k) retirement plan.

While their statement says they don’t hire former offenders, you now know some people say they do. So maybe it’s not a question of if, but one of when does Casey’s General Store hire felons?

First, take a look at job openings online. This will show you what jobs are open nearby.

The website will take you through the steps to apply. In addition, you will find general information about the types of positions. There are even videos that show what it’s like to work for the company.

Don’t forget you can also go to a Casey’s store and apply directly with your resume. This is a great way to make a good first impression on the hiring manager!

Did you know there are many different types of resumes? The best for anyone with gaps in their employment history, such as being incarcerated, is a functional resume.

Functional resumes highlight your skills and experience instead of your work history. Also, this type of resume can help if you are new to an industry.

In addition, here is some good advice about interviewing:

Also, some Casey’s staff on indeed.com suggested you should try to get a pardon or have your record expunged.

Does Casey's do background checks?

The form asks about your criminal record. It confirms that some positions require a pre-employment drug test and comprehensive criminal record screening.

Also, it states that a “conviction will not necessarily disqualify [an] applicant from employment.”

Not only that, but applicants in Illinois don’t need to report expunged records. In addition, there is a section on the form for the hiring manager to record comments from previous employers. So, at a minimum, Casey’s will check out your previous work history.

Employers in some states look only at the last seven years for a background check. Here is a list of those states:

However, some states actually won’t check for charges where you were found not guilty. Below are these states:

Lastly, take a look at these states that look at your entire record, including any not guilty verdicts:

Casey’s General Store has some good online ratings from staff.

There are 2,500 reviews on indeed.com. Here, they are rated 3.5 out of 5. Most interestingly, the highest marks are for workplace culture, work-life balance and management.

Unfortunately, all Casey’s does not hire former felons, according to their statement. However, since we have accounts of former felons getting hired, we’re going to look at some of the offenses that will stop you from being hired.

Theft and fraud convictions will be an issue. This is because you may be handling cash or credit cards. Plus, this is where lottery and gaming laws come into play.

Driving offenses may give you some trouble if your job will be behind the wheel of a company vehicle.

So, plan to be honest about your background. Focus on what you have to offer as an employee. Take some comfort from the fact that, depending on the circumstances, you may be able to get a job at Casey’s General Store with a felony!

The company’s drug and alcohol policy says testing is done for driving and “safety-sensitive” positions. “Safety-sensitive” covers any position where an accident could cause serious injury, death or property damage.

Drug tests are done before hiring and later at random. In addition, they are done when there is reasonable suspicion and after an accident. Tests may also be required during or after substance abuse rehabilitation.

Can you share any other helpful information? For example, do you have firsthand experience on how to get hired at Casey’s General Store with a record?

Any information you have can really help our readers!