If you love books and are also looking for a job, you’re probably wondering: Does Barnes & Noble hire felons? This company might be the perfect job for you. Today, we are going to help you decide as we dig into some other important questions like:

We work hard to contact each company directly to bring you this information.

At Relaunch Pad, we don’t just talk about hiring felons. We make it a point to practice what preach and hire those who need a second chance. We firmly believe that criminal histories don’t define people.

Does Barnes and Noble hire felons? 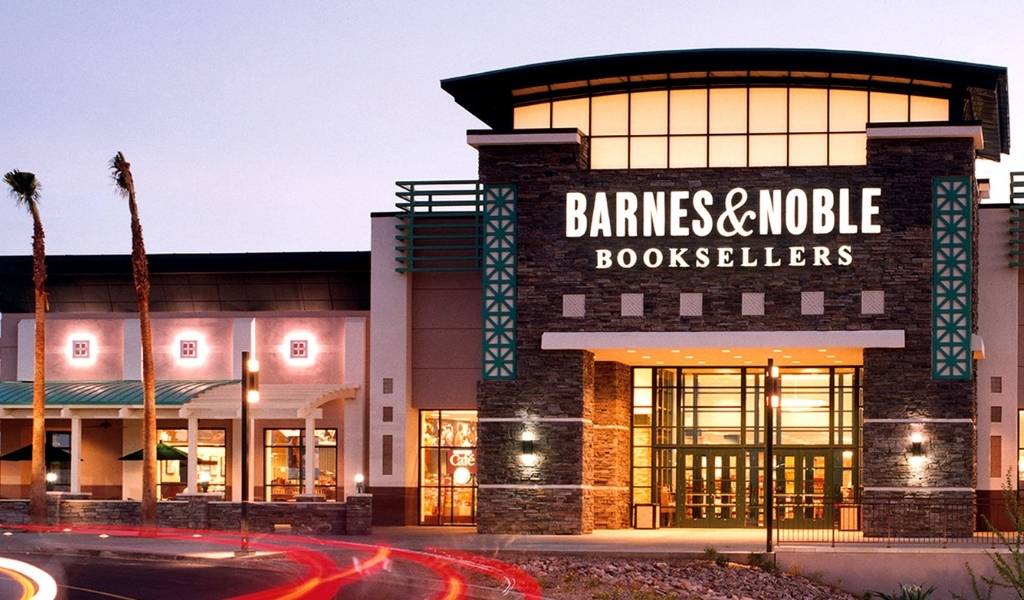 When we contacted them, Barnes & Noble told us:

“We look at each on a case-by-case basis. Having a felony does not per se exclude you from employment at Barnes & Noble.”

Okay, great! So your record won’t be held against you, necessarily.

They told us they have, and there are online reports that support this.

Does Barnes and Noble hire people with misdemeanors?

They sure do. Any company willing to hire people with felonies will have no problem hiring people with misdemeanors.

Barnes & Noble has a special place in the community, and this holds true whether you shop in our bookstores or in our Cafes. Baristas make the experience special by welcoming each guest and creating the perfect handcrafted beverages. They are also…

Job Summary Barnes & Noble has a special place in the community, and this holds true whether you shop in our bookstores or in our Cafes. Baristas make the experience special by welcoming each guest and creating the perfect handcrafted beverages.

Job Summary Barnes & Noble has a special place in the community, and this holds true whether you shop in our bookstores or in our Cafes. Baristas make the experience special by welcoming each guest and creating the perfect handcrafted beverages.
See All Available Barnes and Noble Jobs

What are the chances of Barnes and Noble hiring a felon?

Is Barnes and Noble on the Ban the Box list?

There have been efforts over the last few years to increase opportunities for those with a criminal record in the workplace. Two of those efforts are the Ban the Box campaign and the Fair Chance Business Pledge.

Ban the Box refers to the little checkbox on employment applications that so many people have to mark: Do you have a criminal history? This campaign has encouraged many employers to leave this off of their applications.

The Pledge is a campaign that encourages employers to give their employees who have prior criminal histories more opportunities within their organizations.

Barnes & Noble is not part of either campaign, but they don’t ask about your criminal history on their application.

Does Barnes and Noble have any special programs for hiring felons?

They told us they don’t have anything specific for former felons. That doesn’t mean there are no programs in your area, though. Check with your local workforce center, commonly called the unemployment office. They regularly handle cases of people coming out of prison and will know where to direct you.

We think that the chances are high that a person will get hired at Barnes & Noble with a felony conviction. They have no problem hiring people with records, as long as those records don’t go against their policies.

How to get hired at Barnes and Noble with a felony

We browsed Barnes & Noble’s job search website to get a clear picture of the kind of entry-level jobs they have. When it comes to getting a job at Barnes & Noble with a felony, you will typically be looking at jobs in retail or their distribution center.

Here are a handful of examples of entry-level positions:

Nearly every job at Barnes & Noble is shift work with varied schedules. For the retail jobs, all shifts are typically within regular business hours (8 a.m. to 11 p.m.). Jobs at distribution centers can see shifts at odd hours like midnight, though.

How to get hired at Barnes and Noble with a felony

The first step is to complete their online application packet. Towards the end of the first page, you will be asked if you want to upload a resume.

Hold on. What do you mean you don’t have a resume?

Stop what you’re doing and go check out the guide we’ve created. It will walk you through the process of creating a fantastic resume.

It doesn’t matter where you are applying, you will need a resume.

What kind of experience do you have?

A lot of us feel underqualified. You may not realize just how much experience you already have. Did you have jobs before you got in trouble? What about the experiences you had while you were incarcerated? Think about some of the jobs you held in prison:

All of these positions help instill the job skills necessary for you to obtain and thrive in an entry-level position in most companies. Take some time and create an amazing resume before you begin your job search.

Getting ready for an interview

The second part of the hiring process for Barnes & Noble is the interview. That means you need to rehearse answers to these basic interview questions:

Getting ready for an interview isn’t as simple as waking up and getting there. You need to be prepared and look the part. There is a reason they say first impressions matter.

Does Barnes and Noble do background checks?

Does Barnes and Noble do background checks?

Barnes & Noble does background checks after the initial offer of employment.

Background checks are dreaded by those with convictions. However, not every state treats them the same. For the following states, the background checks only go back seven years:

There are other states that have decided to show only the charges you were actually convicted of. That means they leave off any charges that were dropped, dismissed or where you were found not guilty. Those states include:

Unfortunately, there are some states that show everything, regardless of how long ago something happened or if you were found not guilty. Those states are:

The website glassdoor.com tells us that Barnes & Noble has a 3.4 out of a possible 5 star rating and 55% of people say they would recommend working there to a friend.

As we dug into what people are saying about the company, we saw that many people loved the flexible working hours. They also said they loved their coworkers. We understand that. Any job is better when you can work around people you like! Conversely, many people said that getting a raise was inconsistent and that it was hard for those in part-time positions to move into full-time jobs within the company.

We want to note that Barnes & Noble has been voted number one place to work for LGBTQ+ employees twice!

Does Barnes & Noble hire felons? You bet. However, what’s that “per se” part about? Well, the company also told us:

We really look at each on a case by case basis, so we can’t easily answer that question. We take a lot of things into consideration when making determinations. One key component is whether the conviction is related to the job. So, as an example, a person who was convicted for theft will probably have a difficult time getting employed in one of our stores.

Does Barnes and Noble drug test?

In our research, we found that Barnes & Noble reserves the right to drug test employees if someone gets hurt at work or if they suspect a person is impaired at work.

If you have any suggestions about how to get hired at Barnes & Noble with a felony, we’d love to hear from you in the comments below!