When it comes to working for an airline, many former felons think, “There’s no way I could work at an airport.” Today we’re looking at a company you may have previously written off as we ask: Does American Airlines hire felons?

While some airlines only operate at a regional level, American Airlines flies all over the US and the world. This means they need lots of great employees to keep things running smoothly at all of their locations. In this article, we’ll take a look at how to get a job at American Airlines with a felony.

Stick with us as we answer these questions, and more:

Finding work with a felony record can be tough. That’s why we contact companies directly and ask if they hire former felons. We also research each company, so you can find all the information you need in one place.

Why do we do so much to help you find a job? Our team is made up almost entirely of former offenders and people who desire to see former felons succeed.

With that in mind, let’s look at how to get hired at American Airlines with a felony record. 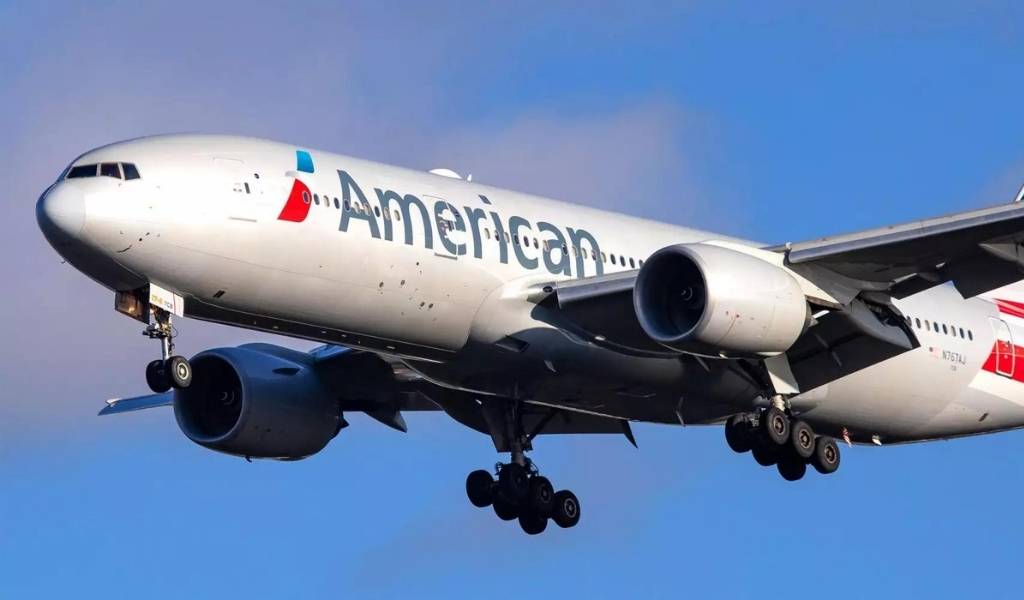 When we contacted American Airlines to ask if they hire former felons, this was their response:

“Discrimination and all unlawful harassment (including sexual harassment) in employment is not tolerated. We encourage success based on individual merits and abilities without regard to race, color, religion, national origin, gender, sexual orientation, gender identity, age, disability, marital status, citizenship status, military status, protected veteran status or employment status. We support and obey laws that prohibit discrimination everywhere we do business. American Airlines, Inc. fully considers all qualified applicants, including those with a criminal history.” (Emphasis ours)

In short, it looks like the answer is yes. According to their response, they’re more concerned with an applicant’s qualifications than their past mistakes. Does that mean getting a job here will be easy? Not necessarily. There are many other factors to consider, so let’s take a look at those.

Has American Airlines hired felons in the past?

Based on our research, we believe American Airlines has indeed hired felons in the past. This doesn’t mean they’ll hire everyone with a felony, but it tells us having a felony record doesn’t disqualify you. This is great news!

Based on their statement, and our own research, we believe they do. Knowing they’ve hired former felons is a strong indicator they’ll be willing to hire people with misdemeanors, too. After all, misdemeanors are generally less severe than felonies.

A job with Amercian Airlines can take you places! Recognized as one of the best places to work, expect strong pay, Total Rewards benefits and unmatched opposrtunities for growth. Currently hiring Reservations Agents to: Connect with customers and…

A job with Amercian Airlines can take you places! Recognized as one of the best places to work, expect strong pay, Total Rewards benefits and unmatched opposrtunities for growth. Currently hiring Reservations Agents to: Connect with customers and…

A job with Amercian Airlines can take you places! Recognized as one of the best places to work, expect strong pay, Total Rewards benefits and unmatched opposrtunities for growth. Currently hiring Flight Attendants to: Set a high standard and provide…
See All Available American Airlines Jobs

What are the chances of American Airlines hiring a felon?

Is American Airlines on the Ban the Box list?

Have you ever felt like you didn’t get a job because you checked the box saying you’d been convicted of a felony? The Ban the Box Campaign seeks to remove that box so people are judged on their qualifications, not their mistakes. The Fair Chance Business Pledge is a similar movement where companies pledge to give former offenders a second chance.

We’re happy to say American Airlines is literally at the top of the list of companies who’ve signed the Fair Chance Business Pledge. Here’s part of the statement they made when signing the Pledge:

“To ensure we aren’t removing qualified individuals from employment consideration, we have banned the box and we don’t ask criminal history questions until someone accepts an offer. We are also conducting consistent, reliable, and fair-minded background checks as part of our hiring process.”

Not only have they banned the box, they also delay questions about legal history until after they extend an offer of employment. Again, this is great news! It means their first concern is whether or not you’ll do a great job in whatever role you’re applying for.

Does American Airlines have special programs for hiring felons?

We weren’t able to find any information about felon-specific hiring programs at American Airlines. However, this doesn’t change the fact that they have a very positive approach when it comes to hiring felons.

Based on our research, Relaunch Pad believes your odds of getting hired at American Airlines are high. Their official statement makes it clear they’re willing to consider all qualified applicants. We also know they’ve hired former felons in the past.

When you add in their support for the Fair Chance Business Pledge, we think you have a good chance of finding an entry-level position here. This is especially true for those who have misdemeanors on their record.

With that being said, not all felonies are treated the same when it comes to working at an airport. Keep that in mind, as we’ll address background checks and potential disqualifying felonies later in this article.

How to get hired at American Airlines with a felony

According to worldatlas.com, American Airlines is the largest airline in the world! Now, that may be a little intimidating, but let’s look at it a different way. Because they’re a large company, they have a lot of positions to fill.

When it comes to airlines, many people immediately think about flight attendants. If you’re interested in this role, be sure to go to their careers page and check for Trainee Flight Attendant job postings. Be aware that many of these jobs involve extensive travel throughout the US, and possibly overseas. With that being the case, you will need to know which countries restrict American felons from entry.

However, there are many other jobs that help keep airlines running.

The Customer Assistance Representative plays a huge role in the experience of nearly every passenger. It starts with helping people check their luggage and goes as far as greeting them and scanning their tickets at the gate.

Airlines also need good mechanics. If you have experience as a mechanic, you may be able to get a position as a Maintenance Support Person. This job involves the care and upkeep of conveyor systems, jet bridges and other equipment.

You may also be able to find a job in an IT role if you have some experience in that field.

If you’re interested in working as a Baggage Handler, it looks like that job is usually handled by a separate company. Check with your local airport for more details.

How to get hired at American Airlines with a felony

Okay, we know American Airlines bans the box, and we’ve seen some of their entry-level positions. So, now the big question is, how do you get a job here?

First, you’ll want to create a resume that shows you’re a great fit for whatever position you’re applying for:

On to the interview! If you’ve made it this far, you’re doing great! Here are a few tips for your interview with American Airlines:

Does American Airlines do background checks?

Does American Airlines do background checks?

Yes. Remember, American Airlines is willing to consider applicants with criminal records, so don’t let this scare you. Just know that working at an airport will require you to go through an extensive Federal Aviation Administration (FAA) criminal background check.

For the record, not every state treats the background check the same. Check out the states below to see which ones only look back seven years:

Eight states currently only allow employers to see your guilty charges. Here are those states:

The states below will see everything on your record, however, so be aware!

Do employees at American Airlines enjoy working here? We went online to find out. Over 2,000 employee reviews have been posted on glassdoor.com. They’re generally positive, giving the company 3.7 out of 5 stars. Plus, over 70% of their employees said they would recommend American Airlines to a friend.

What about other sites like indeed.com? Over 2,500 reviews have been posted on that site, giving them 4.1 out of 5 stars!

Does American Airlines hire felons? Yes, but that doesn’t mean all felonies will carry equal weight with them.

As we mentioned above, working at an airport requires an extremely thorough background check. This process is their way of verifying that you don’t have any offenses restricted by the FAA.

Here is a complete list of disqualifying crimes from the National Air Transportation Association (NATA):

Yes. Here’s some information from one of the job listings on their careers site:

Have you been able to get a job at American Airlines with a felony? Let us know! We’d love to hear what the hiring process looked like for you.

Do you have any other questions after reading this article? Feel free to post them below.