Does National Carriers Hire Felons in 2021? 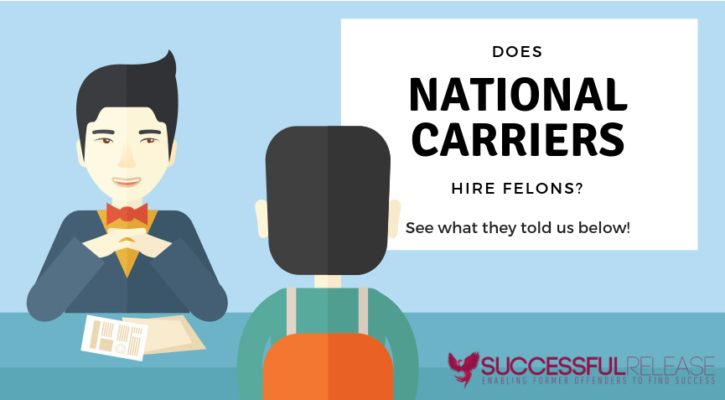 When you’re hitting the road looking for a new job, finding work can be a huge challenge with a record. Fortunately, the transportation industry is always hiring, so let’s look there and see does National Carriers hire felons?

National Carriers has been a key player in the transportation industry for 50 years. Their mission is to be, “the safest, most customer-focused, and successful motor carrier in our class.” If you’re interested in working in this industry, this article will help you get a job at National Carriers with a felony. We will also answer questions like:

There is life after prison, and Relaunch Pad wants to help you make the most of it. To do that, we directly contact every company we write about to give you all of the info you need. Our team is made up of former felons and professionals who have worked closely with former felons for a number of years. We know it’s tough looking for employment when you have a record, so we want to give you every possible advantage.

Now, let’s look at how to get hired at National Carriers with a felony record. 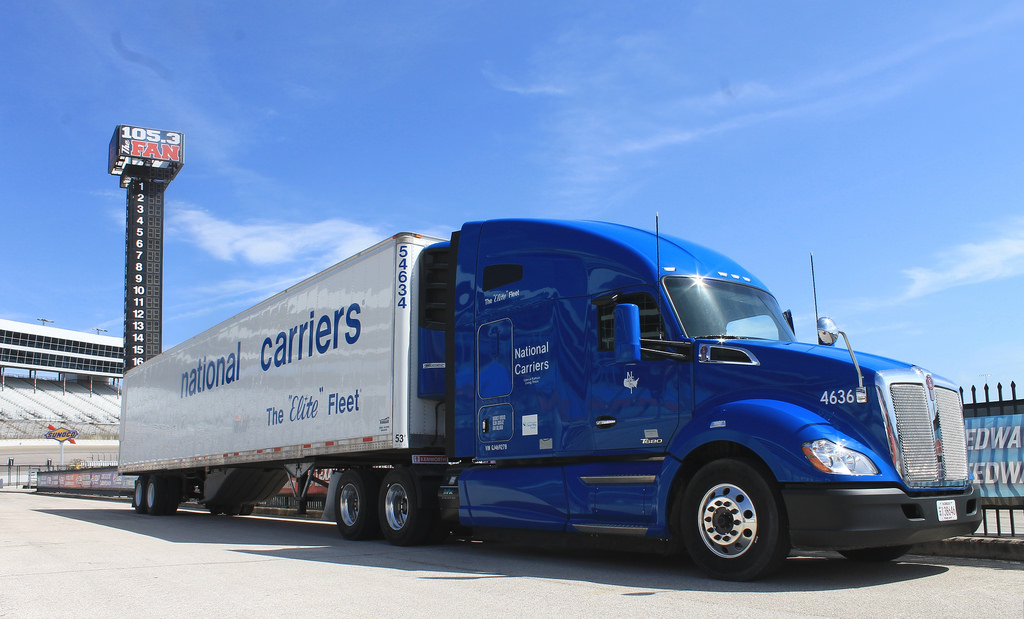 When we asked whether or not National Carriers hires felons, we were told the following:

They have a lot of requirements, but they all depend on the position. However, they don’t directly say if they do or do not hire felons. Lucky for you, we’ve dug a little deeper . . .

Has National Carriers hired felons in the past?

Since they’re less severe than felonies, you have a pretty good shot. However, if you have a driving-related offense, you may not. Their online application states they will ask about “traffic accidents, violations and/or convictions from the last 3 years.” They obviously want to hire safe drivers.

Is National Carriers on the Ban the Box list?

Ban the Box is an effort to delay questions about your legal history until later stages of the application process. Essentially, the box asking about your criminal record is not on the application forms from companies on this list. The goal is to make sure former offenders are considered for jobs based on their qualifications, not their record.

Many businesses who agree with this initiative have signed the Fair Chance Business Pledge. This means they pledge to give all applicants a fair chance, even those with criminal records.

We did not find a direct connection between National Carriers and these lists. However, the fact that they’ve hired former felons says they’re willing to give them a chance.

Does National Carriers have special programs for hiring felons?

It doesn’t appear that National Carriers has a program in place for hiring/training felons. But, as we’ve said, they have been willing to hire former offenders in the past. This means there’s a chance they’ll consider hiring you, as long as you prove you’re a good fit for them.

You’ve got pretty average chances here. While they didn’t confirm if they’ve hired felons or not before, we know that they’ve been willing to give former felons a chance in the past. There is also a huge demand for drivers in the trucking industry. So, if you have a CDL and driving experience, this seems like a great place to look for a job.

If you don’t have driving experience, but you’re still interested in driving a truck, they also train new drivers. Be sure to check out their Student Program.

Obviously, with a company like National Carriers, the main entry-level jobs are for drivers. However, if you work near one of their terminals, you could also apply for a position as a dock worker. Office positions could potentially be limited to their headquarters in Liberal, Kansas.

Based on their employee requirements, applicants seeking driver positions need to have:

Those considering a position as a dock worker would also need to be in good physical shape. Forklift training/experience would also be extremely helpful.

How to get hired at National Carriers with a felony?

First, check out their Hiring Map to make sure they hire drivers from your area. If not, and you are willing to move, you can let them know that.

We know National Carriers has hired former felons in the past. We also know their requirements for drivers. Now, let’s look at what you can do to give yourself the best shot at getting hired here.

Does National Carriers do background checks?

There’s a really good chance they will do a background check. It’s pretty standard in transportation. Employers need to check the status of your license, for example. You can expect them to look into your driving history.

Here’s other information you need to know about background checks:

Some states don’t even consider information more than seven years old. This means that if your offense was six years ago, you’ll want to wait until next year to apply. This is also great news for former felons living in these states! If your felony conviction was seven years ago, these states won’t even look at them in the check:

Even better, there are states that don’t consider court cases were you were found not guilty. Eight states are currently on this list:

However, there are still some states that will look at your whole record. This includes your not guilty verdicts. Be aware, if you live in one of these states, that they will see everything:

There are a lot of transportation companies out there. So, we looked at glassdoor.com to see what current and former employees have to say about working for National Carriers. Our goal was to find out what makes them better than others.

The reviews posted on there tend to be very positive, 3.7 out of 5 stars! 70% of the people who posted reviews said they would recommend the company to a friend.

Does National Carriers hire felons? It looks like yes. But do they hire all of them? Let’s look at what felonies might make it harder to get a job here.

If your offense involved the misuse of a vehicle, getting a job as a driver here will be very difficult.

Yes. Their application form says that you will have to “pass a drug and alcohol screening examination.”

Share your experiences. Have you been hired or applied here?

Do you have a question that we didn’t answer? After reading this article, do you feel confident that you can get a job at National Carriers with a felony? Let us know in the comments below.

If you’re a former felon working for National Carriers, be sure to pass along any tips you have as well!

Josh is a former offender who has faced the challenge of finding employment after spending time in prison. He is currently pursuing a career as a writer and Reentry Educator. His hope is that he can use his writing as a way to encourage others and help them to reach their full potential, no matter what struggles they've faced along the way. He also holds a Bachelor's Degree in Psychology from Ozark Christian College.