Landing the right job can help you regain control of your life, so let’s look at the question: Does Weigel’s Hire Felons?

Weigel’s started out as a family dairy business and has developed into what is now a chain of convenience stores throughout eastern Tennessee. If you’re looking for a family-oriented work environment and enjoy customer service, let us help you get a job at Weigel’s with a felony. We’ll answer the following questions, plus more:

It’s difficult finding work when you have convictions on your record. That’s why we directly contact companies and ask them if they hire former felons. We also do tons of research so we can bring you some helpful tips to use on your application and for the interview process. We do this because our team is comprised of former felons and professionals who have worked with them, so we know what will help!

Relaunch Pad wants you to be able to put your best foot forward, starting with a new job.

Let’s continue and see how to get hired at Weigel’s with a felony. 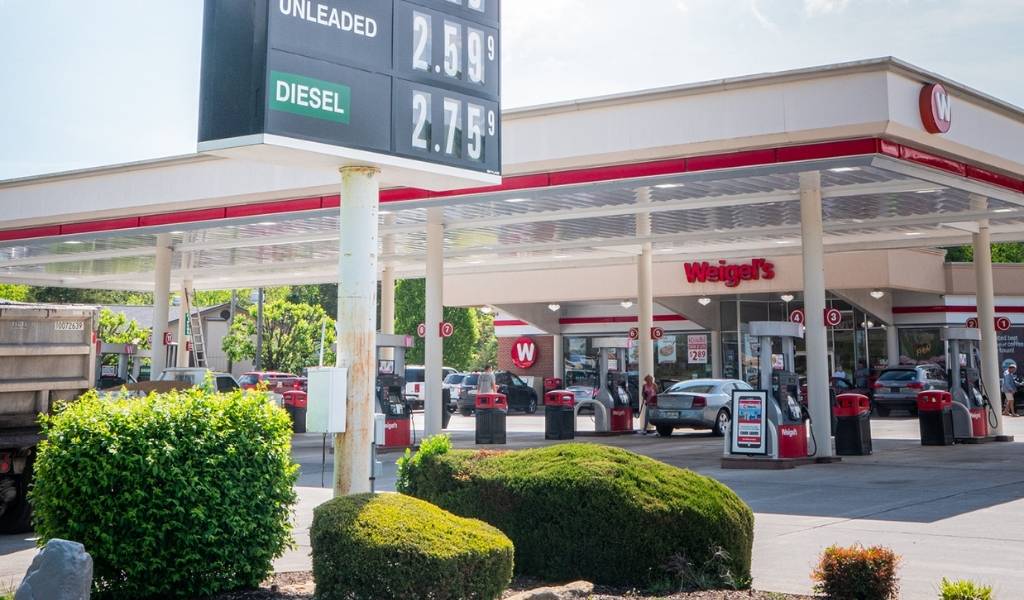 Weigel’s will hire former felons on a case-by-case basis once the conviction is 10 years old. This is what Kurt Weigel had to say:

“We take each case as they come. However, in the state of Tennessee, we can’t hire a person who has a felony within the last 10 years for they can’t be in the presence of selling alcohol.”

Has Weigel’s hired felons in the past?

Yes, Weigel’s has hired felons in the past.

Does Weigel’s hire people with misdemeanors?

What are the chances of Weigel's hiring a felon?

What’s the Ban the Box list? It’s a list of companies promising to remove the checkbox that asks if you’ve been convicted of a crime. The Fair Chance Business Pledge is part of this, with companies pledging to look beyond a person’s criminal past and to see them for their skills and talents instead.

While Weigel’s isn’t on the Ban the Box list or the Pledge, don’t sweat it. Their application doesn’t ask if you’ve been convicted of a crime.

Does Weigel’s have special programs for hiring felons?

The company doesn’t have any special hiring programs for former offenders at this time.

We’ve done considerable research and give your odds of getting hired at Weigel’s as high. They’ll hire people with felonies, but it’s done on a case-by-case basis once the conviction is 10 years old.

How to get hired at Weigel's with a felony

A customer service team member is a cashier. Your main duties will be handling customer transactions, stocking the merchandise and keeping the store neat and tidy.

The food service team member will take orders and prepare food for the customers.

How to get hired at Weigel’s with a felony

You’ve decided this is the job for you, but where do you start? First, think about what Kurt said. Is your record 10 years old? If not, it’s a good idea to wait until it is. Then you’ll want to check out their careers page. This is where you’ll decide if you want to work as a customer service team member or food service team member and then fill out the appropriate application. But before you begin doing all that, you’ll need to create a strong resume. Here are a few helpful tips:

If you’re still not feeling confident about your resume, we’ve created a guide designed for felons for you to use.

Now that you’ve completed your resume and successfully submitted your application, here are our interviewing tips for Weigel’s:

Above all, tell the truth. You don’t want to risk a possible job offer by hiding or lying about your past.

Does Weigel's do background checks?

Does Weigel’s do background checks?

Weigel’s will perform a background check sometime during the hiring process.

Background checks vary from state-to-state. It’s important to know the law in your state. For example, if you live in one of these states, the background check only goes back seven years:

And these eight states won’t look at any cases with a not guilty verdict:

Some states, however, will look at your whole record, including the not guilty verdicts. So, be aware if you live in these states:

We did some digging to find out Weigel’s ratings. On glassdoor.com, they have 3.1 out of 5 stars. Of the 43 reviews, most were positive. Here’s what a few people had to say:

“This company has an engaged corporate office, great history, and a drive to succeed.”

“I love the people I work with! Great place to work.”

“Hours weren’t that good most times.”

“Frustrating when short staffed and have to work 60+ hours a week.”

While that may seem like a low number of reviews, keep in mind that Weigel’s is a small, family-owned company.

Does Weigel’s hire felons? Yes they do, on an individual basis after meeting state requirements. But there are certain felonies that might hurt your chances. Since you’ll be working directly with the general public, these felonies may make it tougher to get hired at Weigel’s:

Yes. It’s stated on their careers page that applicants must pass a drug screen before an offer of employment is made.

Did you use the information in this article to get a job at Weigel’s with a felony? We’d love to hear about it. It’s your chance to help others who are in your shoes while helping out our community.