If you’re a former felon living in the Eastern US, you’ve probably wondered, does Wawa hire felons? You know convenience stores and gas stations are often looking for workers, so why not Wawa? They have locations in Pennsylvania, New Jersey, Delaware, Maryland, Virginia, Florida, and Washington, D.C.

For those of you who are wondering if you can get a job at Wawa with a felony, you’ve come to the right place! At Relaunch Pad, we contact companies directly to ask them if they hire felons, and then share their responses with you. We also do background research on the company to get a well-rounded idea of what you can expect when you apply.

Why? Because we know that finding a job when you have a record is a huge challenge. In fact, most of our team members are former offenders or professionals who’ve worked with felons in re-entry programs.

We know firsthand what you’re up against. That’s why we’re committed to researching companies like Wawa and finding answers to questions like:

Not only will we answer these questions, we’ll give you tips for handling the application and interview process as well.

Ready to learn more about how to get hired at Wawa with a felony record? 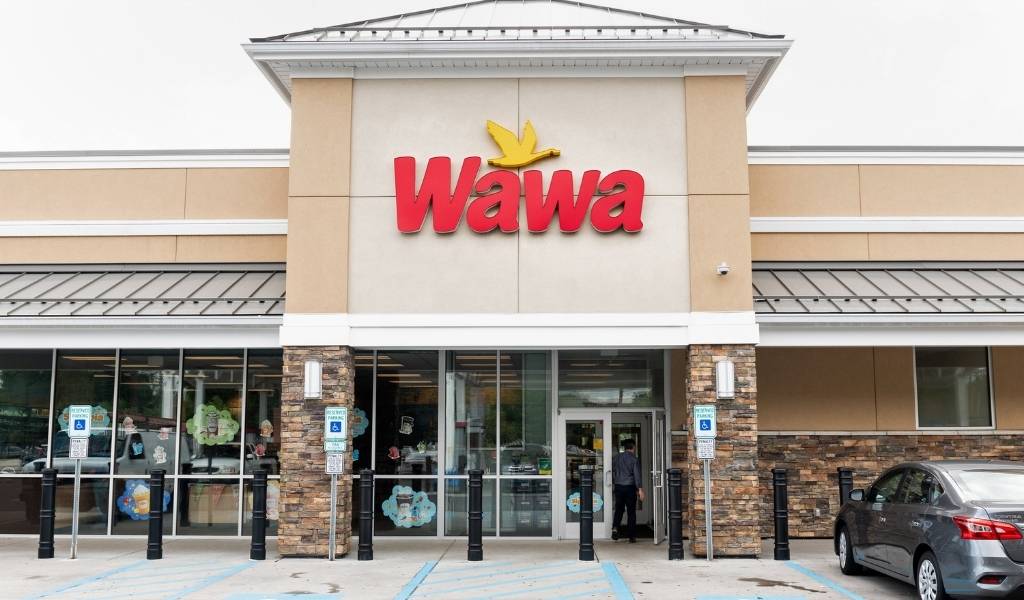 When we checked with Wawa to see what their policy is for hiring former felons, we got this response:

“We review each applicant individually based upon merits, skills and qualifications.”

Their careers page, however, had a more thorough statement:

“Wawa, Inc. is an equal opportunity employer. Wawa maintains a work environment in which Associates are treated fairly and with respect and in which discrimination of any kind will not be tolerated. In accordance with federal, state and local laws, we recruit, hire, promote and evaluate all applicants and Associates without regard to race, color, religion, sex, age, national origin, ancestry, familial status, marital status, sexual orientation or preference, gender identity or expression, citizenship status, disability, veteran or military status, genetic information, domestic or sexual violence victim status or any other characteristic protected by applicable law. Unlawful discrimination will not be a factor in any employment decision.”

Does this mean they’re open to hiring former offenders? Not necessarily. EEOC guidelines allow employers to choose not to hire applicants based on their background. However, the employer must cite an event in the applicant’s background that’s directly related to the position they’re applying for.

With that in mind, keep reading. We’re going to dig deeper and see what we can find out.

Has Wawa hired felons in the past?

When we asked Wawa if they’ve hired felons in the past, they told us that information was confidential.

There were several accounts found online saying they’ve been hired at Wawa with a felony record, however.

Does Wawa hire people with misdemeanors?

As you can see, their company statement doesn’t really tell us if they’re willing to hire people with misdemeanors. They did let us know they ask about convictions on their application. We weren’t able to find a copy of the application form online to see how those questions are presented, unfortunately.

Further research suggests there is a very low chance someone with a misdemeanor will get hired here. The majority of the information we found seems to indicate any criminal record will make it difficult to get a job with Wawa. However, if they really do “review each applicant individually,” they may be willing to consider you, depending on your charge.

Wawa – JobID: JR101851 [Retail Associate / Team Member] As a Customer Service Associate at Wawa, you’ll: Greet and provide an enjoyable shopping experience for all customers; Respond to customer requests and complaints in a timely and courteous…

The Customer Service Associate works in support of the store management team to facilitate and perform a variety of tasks including customer service, food and beverage preparation, cash register duties, general housekeeping and other related function…

Wawa – JobID: JR102363 [Retail Associate / Retail Cashier] As a Customer Service Associate at Wawa, you’ll: Greet and provide an enjoyable shopping experience for all customers; Respond to customer requests and complaints in a timely and courteous…
See All Available Wawa Jobs

What are the chances of Wawa hiring a felon?

What is Ban the Box? It’s an initiative employers can join which says they’ll follow fair hiring practices regarding people who were formerly incarcerated. These companies also commit to encouraging others to practice fair hiring procedures. This same kind of commitment is found in the Fair Chance Business Pledge. Part of this pledge involves delaying questions about an applicant’s criminal record “until later in the hiring process.”

None of the information we reviewed connected Wawa with either initiative.

The fact that they ask questions about convictions on their application suggests a lack of participation with these efforts.

Does Wawa have special programs for hiring felons?

Wawa let us know that they don’t have a special program in place for hiring felons.

After extensive research, we believe your odds of getting hired at Wawa with a felony are high, but it depends on your record.

The statement they gave us indicated they will view your record individually, and there are online reports stating the company will hire people with criminal records.

How to get hired at Wawa with a felony

Their main entry level job is the Customer Service Associate position. Because of the nature of working in a convenience store, you could be asked to take on any number of responsibilities. According to the job description on their site, these include:

If hired for one of these positions, you may eventually be able to grow into a supervisor or manager.

Now that we know more about Wawa, let’s look at some strategies for getting a job here. One of the first things you can do is put together a great resume. Here are some tips on what to include:

Once your resume opens the door for you, you’ll move on to the interview stage. Here are some tips for making the most of your interview with Wawa:

Does Wawa do background checks?

Everything we’ve read tells us Wawa will do a background check when you apply. It sounds like it will probably occur early in the hiring process. Some former employees have said their background check was completed before they had a phone interview.

What you need to know about background checks:

Not all background checks are created equal. In some states, if your offense is over seven years old, it won’t show up on a regular background check. Here’s a list of those states:

Other states won’t hold cases against you where you were found not guilty. Here are the states on this list:

Other states will look at your entire record, including not guilty verdicts. Here’s a list of those states:

Does Wawa hire felons? Our research indicates it could be difficult for former felons to get a job here. And, because the Customer Service Associate position requires a lot of public interaction, these felonies may make it even more challenging:

Our goal is to let you know about felonies which may raise red flags during background checks. We cannot say conclusively that people with these types of felonies will not get hired at Wawa. Nor do we condone stereotyping people based on their past mistakes.

Most of the employee statements we read say Wawa won’t drug test unless they’re suspicious about an employee being under the influence. However, there were a couple of reviews which said they do drug testing. In the end, it’s better to be safe than sorry and make sure you stay sober either way.

If you’re a former offender who’s worked with Wawa, please let us know! We’re especially interested in any tips you might have that could help others get a job at Wawa with a felony.

We want to help you in any way we can, and we value your feedback!