Relaunch Pad tries to balance the game for former felons by getting in touch with employers directly about their hiring policies for former felons. New beginnings start with a second chance. It’s hard to find that, so Relaunch Pad goes the extra mile to help you find jobs with a criminal record.

We even employ former felons ourselves! A lot of our staff have been involved with the system one way or another. For us, this isn’t just a job — it’s personal.

Read further and we’ll see how to get a job at USA Truck with a felony. On top of that, we’ll look into:

Let’s dig into this further! 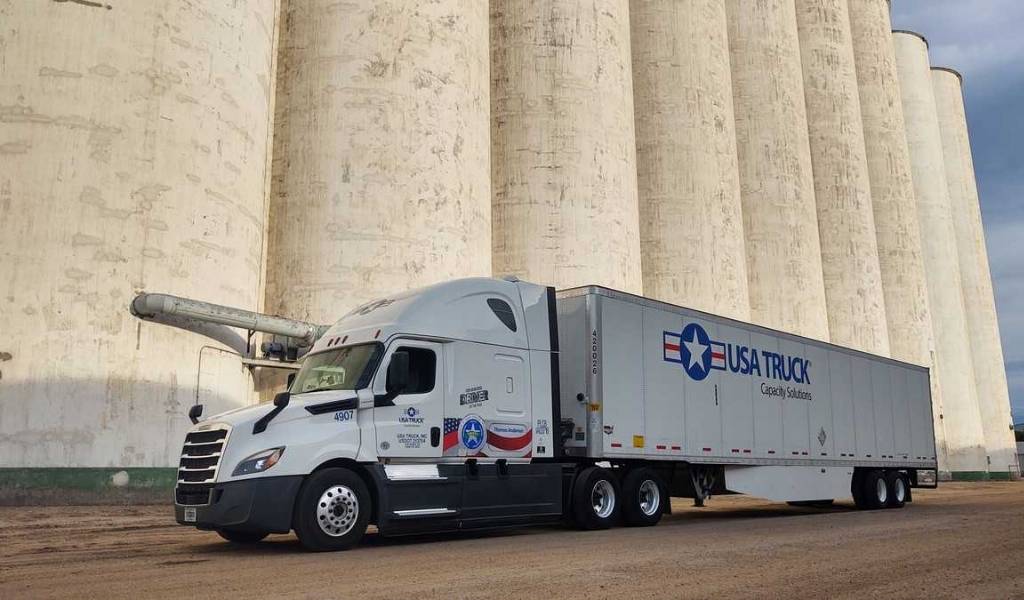 USA Truck didn’t respond to requests for comment. However, their website lists DUI or DWI charges in the past 10 years as unacceptable.

Has USA Truck hired felons in the past?

Does USA Truck hire felons and is there proof of them doing it? We couldn’t find anything reputable saying they’ve hired former felons in the past.

Misdemeanors could disqualify you if they were moving violations involving drugs or alcohol. If your misdemeanor doesn’t involve those, it’s possible you’re in the clear. However, we didn’t see any firsthand knowledge of someone with a misdemeanor saying they got hired.

Interested in learning more about a career in Logistics? Want a paid summer opportunity where you can be an integral part of the team? Meet USAT Logistics! It takes a winning team to build and maintain an industry leader. That’s where you…

What are the chances of USA Truck hiring a felon?

Is USA Truck on the Ban the Box list?

Ban the Box asks businesses to look at the person and not their history. Companies “banning the box” remove questions on applications asking about priors.

The Fair Chance Business Pledge gives businesses a similar opportunity to show their fair hiring practices. If a business takes the Pledge, they commit to giving chances to people who historically haven’t gotten them. This includes people with criminal records.

Does USA Truck have special programs for hiring felons?

USA Truck has no special programs for hiring felons.

We rate your chances of getting hired at USA Truck with a felony as uncertain!

If trucking’s what you’re into, check out these other trucking companies that hire former felons.

How to get hired at USA Truck with a felony

How to get hired at USA Truck with a felony

First, let’s say you’re aiming for a trucking job. Trucking isn’t your typical job. The application process, as a result, is not as straightforward.

You need to have a class A CDL license before anything else. If you think that’s something you’re interested in obtaining, check out this site which lists nearby schools and what you need to apply.

You already have your license? Fill the application out here. Keep in mind that you’ll need a social security card and be able to account for your last 10 years of work (or lack thereof). You’ll also, at this point, have to disclose any priors you’ve had involving vehicles.

If you check all their boxes, you can expect a call from a recruiter.

The recruiter is going to want to do a temperature check with you. That means they want to get a general idea of your interests and ambitions with the job. A lot of the time, they will ask similar questions as on the application. They want to hear your own words on your driving record.

The main thing you will want to do is show the recruiter there will be no surprises in hiring you.

Otherwise, don’t worry too much about having a lot of prior experience. Emphasize that you are willing to learn and work hard! Those are the two things USA Truck wants the most out of their truckers.

If you want a maintenance job, your application process will be a little different from the trucking job. Go here to find non-trucking jobs. If you find a level 1 job in your area, you will want to have a resume ready.

If you get a call from an interviewer, remember this: For these big companies, the most important thing is your ability to learn. Most people do not regularly practice on semi-truck engines.

Show, instead, that you’re eager to learn and grow with the company. Explain your past upfront to avoid any bad surprises down the road.

Follow this advice and it’s possible you’ll get a job at USA Truck with a felony!

Does USA Truck do background checks?

Does USA Truck do background checks?

The online application asks how many driving violations you’ve recently had. People who work there say you should be honest. They will find out your past at orientation, so it’s better to let them hear it from you first.

Good news for those in the states below! If your criminal history happened seven or more years ago, it won’t show on a background check:

For the following states, a background check won’t show charges where you were declared not guilty:

USA Truck got a 2.9 out of 5 stars on Glassdoor, which is a little below average honestly.

Employees report liking their co-workers. They also say there is a lot of work to be had if you have open hours.

On the other side, employees complained about a lack of downtime in the schedule. The company may ask you to be on the road for a longer amount of days than usual in a driving schedule.

Almost half of employees would recommend the company to a friend.

Driving-related felonies might spell trouble for your application. If you have a DUI, DWI or OWI, it’s likely you’ll be automatically disqualified. Hiring managers may see you as too much of a risk behind the wheel.

In fact, we’ve found job postings that say, right off the bat, that you can’t have moving violations involving drugs or alcohol in the past 10 years.

Violent felonies like kidnapping and burglary can pose problems too. USA Truck is affiliated with Truckers Against Trafficking, so they will be sensitive to crimes close in nature to that.

Felonies involving fraud or major theft could hurt your chances too. You’re going to be transporting a large load of goods, so that may seem like a risk to a trucking company.

Sources indicate that USA Truck does conduct pre-employment drug testing. You’ll want to be sober at least a month or two before applying.

Anyone have their own advice on how to get hired at USA Truck? Any comments or questions? Share them below!