Imagine you’re working in a large, brightly-lit grocery store with lots of busy shoppers — sound good? If this is appealing to you, then you may want to know: Does United Supermarkets hire felons?

Relaunch Pad contacted them directly to find out if they hire former felons. Take a look at the information our staff put together to find out how to get hired at United Supermarkets. Many of us have been in your shoes — we know firsthand what it’s like to find a good job with a record. To that end, we’re here to help answer all your questions, including:

Are you ready to find out how to get hired at United Supermarkets? Great! Let’s get started. 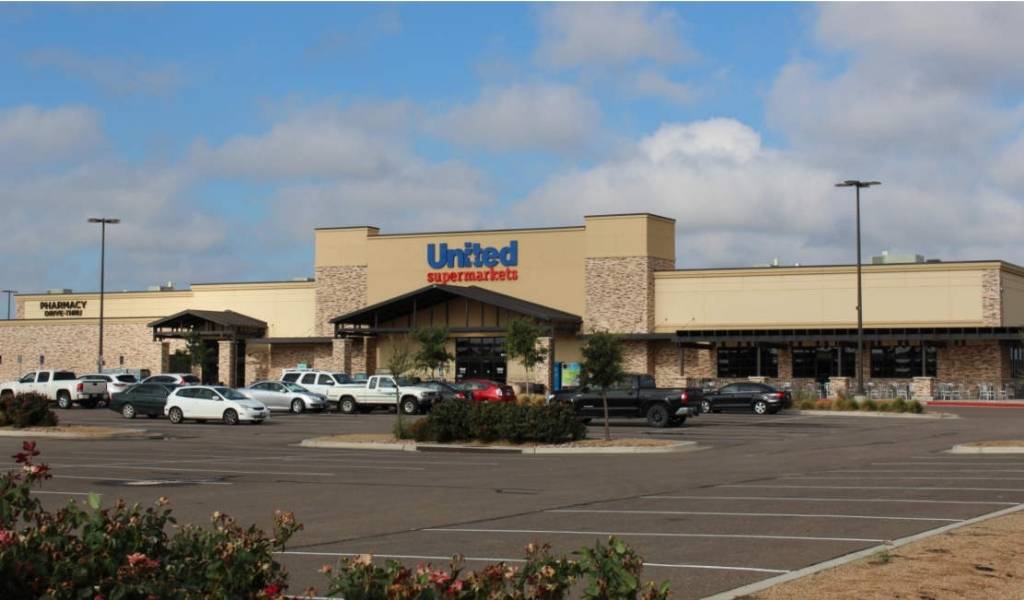 We contacted Albertsons directly to ask about United Supermarkets’ hiring policy. They told us their hiring policy for those with felony convictions is as follows:

“Albertsons LLC conducts criminal background checks as part of our normal hiring practices. Every job offer is conditioned upon completion of this background check and each and every job applicant’s history is considered on a case-by-case basis. All applications for employment are accepted online. . . .”

This is an encouraging response! While it’s not a straight answer to the question, it shows they’re willing to consider former felons. So, then, when does United Supermarkets hire felons?

Has United Supermarkets hired felons in the past?

United Supermarkets did not comment directly on this. We have confirmation from other sources, however, that the company has definitely hired felons in the past. If you want to get a job at United Supermarkets with a felony, though, it depends on the type of offense. We’ll cover that shortly.

The company did not say specifically if they hire people with misdemeanors. Judging from their official statement and staff comments we’ve found online, they do. Although, as with felonies, the type of offense would be taken into account. Remember, misdemeanors are not as serious and you therefore have a better chance than with a felony.

The Convenience Assistant Manager is first and foremost responsible for guest relations and satisfaction. He/ She supports the Department Manager regarding all department duties such as ordering, merchandising, maintaining department conditions and t…

The Grocery Manager is first and foremost responsible for guest relations and satisfaction by building a reputation for Ultimate Service. He/ She assumes total store responsibility in Store Director and Assistant Store Directors absence. He/ She i…

The Pharmacist is first and foremost is responsible for guest relations and satisfaction. He/ She will provide pharmaceutical care for all guests and team members in accordance with our mission statement: Ultimate Service, Superior Performance, an…
See All Available United Supermarkets Jobs

What are the chances of United Supermarkets hiring a felon?

Is United Supermarkets on the Ban the Box list?

While we couldn’t find United Supermarkets on the Ban the Box list, we do know that Albertsons has signed the Fair Chance Business Pledge. This is a big step!

Ban the Box began in the 1990s as an international civil rights campaign on behalf of former offenders. The initiative urges employers not to ask about an applicant’s criminal history at the job application stage.

You might be interested to know that Ban the Box legislation is in place for government jobs in over 33 states.

The Fair Chance Business Pledge is signed by employers to show they’ll use fair hiring practices so former felons have the same chance as other applicants. So, while United Supermarkets hasn’t signed Ban the Box, we’re happy to see they’ve signed the Pledge.

Does United Supermarkets have special programs for hiring felons?

We couldn’t find any indication that the company has special programs for hiring felons. However, this shouldn’t discourage you at all since they’ve signed the Fair Chance Business Pledge. Not only that, their official statement confirms they consider applicants on a case-by-case basis.

Also, according to their website, the business is founded on giving back and being involved in their community — and former felons are certainly part of the community!

We think the odds of getting a job here with a felony are fairly high. In fact, the company’s official statement supports this. There is also online agreement from staff. More importantly, they’ve signed the Pledge!

Keep in mind that companies that hire people with criminal records don’t always publicize the fact. However, research done at Northwestern University has found that companies that hire people with felony convictions have found definite benefits. For example, there is higher employee loyalty and therefore lower turnover. Employers are always looking for long-term employees!

How to get hire at United Supermarkets with a felony

United Supermarkets has a number of good entry-level jobs. Each of the following examples have flexible schedules so you may be working different shifts, weekends and holidays.

Taking care of shipping and receiving and reviewing paperwork for accuracy are your main responsibilities as a Warehouse Clerk. You’ll need to be well-organized, think logically and be able to manage several tasks at once.

You’ll be slicing, packaging and labeling baked goods as a Bakery Clerk. Your other responsibilities are to keep display shelves stocked, help customers with special orders and ensure all food safety and sanitation requirements are met.

As a Delivery Driver, you’ll deliver grocery orders to customers. The job requires you to lift up to 50 lbs and complete transportation logs and vehicle inspection reports. Additionally, you must have a valid driver’s license.

These are fast-paced positions requiring an ability to work as part of a team and independently, when needed. You need to have good customer relations, as well. You will receive on-the-job training for these positions, so don’t worry.

United Supermarkets will draw from anywhere. According to Glassdoor.com, 46% applied in person, 40% applied online and 7% were referred by another employee. Check this link before you apply.

There are a ton of local job agencies or career centers that can help you update your resume. Draw from past jobs, volunteer experience and even work you did while incarcerated.

Talk about your skills

Try to match your skills to the job description, so your employer sees why they matter. For example, kitchen detailing and stocking relate directly to shelf stocking and food prep jobs.

The easiest way to get a job (for anyone) is by getting a referral. A referral is someone who works at the company who says you should be hired. If you can’t get a referral, a reference is your next best option. This may be from an organization you’ve done volunteer work with, your pastor or your landlord, as examples.

How to interview at United Supermarkets

Seventy-two percent of employees on glassdoor.com said they had a positive interview experience. You’ll want to show them that you’re putting your best foot forward and are determined to be a good employee. To that end, plan what you’ll say about your criminal background ahead of time. Remember to talk up any skills, education and personal insights you acquired during your prison sentence.

Here are a few basic interview tips to help make that all-important first impression a good one!

Does United Supermarkets do background checks?

Yes, they do. As the company says in their official statement, this is done for every applicant during the hiring process. However, they also are quick to add that each applicant’s history is considered individually. Therefore, be honest about your record and explain you’re looking to be a loyal, long-term employee.

Unfortunately, your record will come out. But there are some states where this is limited.

Do you live in a state where employers only go back seven years to do a background check? If so, and you don’t have anything more recent on your record, you don’t have to worry. Here’s the list of states where this applies:

Additionally, some states won’t look at any charges where you were found not guilty. Here are the states that have this practice:

However, there are a number of states that consider your whole record, including not guilty verdicts. To that end, here is a list of those states:

According to glassdoor.com, United Supermarkets has a very good rating. This is based on 146 employee reviews. The company was rated 3.9 out of 5 overall, with 77% saying they’d recommend the company to a friend and a whopping 90% approving of the CEO!

Indeed.com also gives the company a 3.9 out of 5, based on 533 reviews. In this case, the highest marks were given for work life balance, culture and management.

Although the number of staff commenting is relatively small on these sites, feedback like this tells you United Supermarkets is a great place to work. More importantly for you as a former felon, you know they treat their hires well. This is really important as you build yourself back up!

While we know they’ve hired felons in the past, certain felonies will make it harder to get hired. While no two companies have the exact same policies, there are some key offenses that will work against you here. For example:

Essentially, your employer wants to make sure you’re a safe hire. They’re responsible for you, after all. So, you need to show them you’re a good choice. If you don’t fit the job you want right now, it’s okay to do something else until you do!

Look at the job description and ask yourself if your record will be held against you. If you’re not sure, go to a career center for some direction. They often have great tips for job seekers. On the other hand, they can tell you where to apply that better matches your skills if necessary.

Yes, a drug test is done at the same time as the background check. While the company doesn’t mention it in their official statement, United Supermarkets’ staff commenting online confirm they had to pass a drug test.

If you’re concerned you won’t pass your drug test, wait to apply. If you’re serious about getting a job here, it won’t hurt to sign up for AA or other free counseling services to help you succeed! In fact, you can use this as an opportunity to get clean if you need a little push.

So now you know how to get a job at United Supermarkets with a felony. Have you been successful applying here? If so, what are some tips you have for your peers? Similarly, is there anything you wish you knew before?

We welcome your comments and wish you every success on your job search journey!