People want to know: Does the United States Marine Corps hire felons and those with misdemeanors? Just because you’ve served time doesn’t necessarily mean you can’t serve in the military.

If you’re interested in being on the front lines, whether by land, air or water, this article will show you how to get a job at the United States Marine Corps with a felony. We’ll look at the following questions, and more:

It can be tough finding work when you have a criminal record. That’s why Relaunch Pad directly contacts companies to ask them if they hire former felons. We do the research and answer the hard questions so you can dedicate your time to what’s important: Achieving a normal, productive life — despite a conviction.

So, let’s see how to get hired at the United States Marine Corps with a record.

Does the US Marine Corps hire felons? 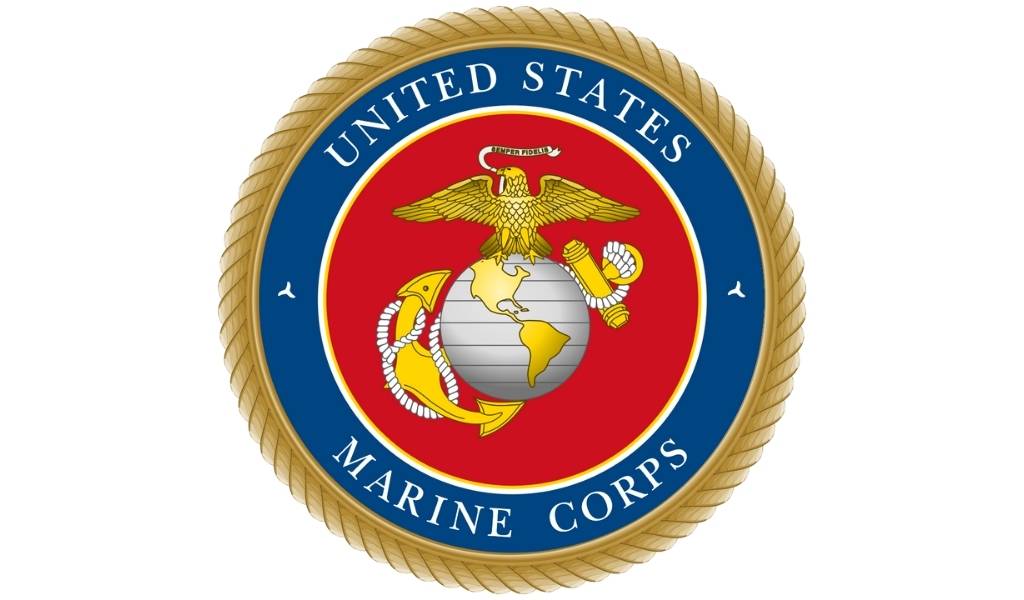 As promised, we tried reaching out to the United States Marine Corps, a Division of the US Navy, but haven’t been able to get a response. The Navy itself has the following to say about its hiring practices, though it doesn’t directly address criminal records:

“Our workforce is our greatest resource. As the Secretary of the Navy, I am strongly committed to capitalizing on and retaining our exceptional talent, enhancing performance through improved training, and ensuring that assigned tasks and missions are accomplished with the highest ethical standards. All Department of the Navy (DON) employees must have the freedom to compete on a fair and level playing field with equal opportunities.

It is the DON’s policy to provide equal employment opportunity (EEO) throughout all of its personnel/employment programs, management practices, and civilian workforce decisions, including, but not limited to, recruitment, hiring, appraisals, merit promotions, transfers, reassignments, training and career development, separations, benefits, and award and recognition programs.

The DON ensures that EEO protections are in place for all civilian employees and applicants against all forms of discrimination, regardless of their race, religion, color, sex, national origin, age, genetic information (including family medical history), or disability. All DON employees are free to exercise their rights under the civil rights statutes. Reprisal for engagement in protected EEO activity will not be tolerated.”

Has the US Marine Corps hired felons in the past?

According to our sources, The United States Marine Corps will hire felons with a waiver, granting the military special permission to recruit you with a felony.

Does the US Marine Corps hire people with misdemeanors?

They will hire people with misdemeanors. Again, you may need to obtain a waiver. You can find the initial recruiting requirements on their webpage. The good news is that these requirements don’t mention anything about convictions.

What are the chances of the US Marine Corps hiring a felon?

Is the US Marine Corps on the Ban the Box list?

Ban the Box removes the checkbox from applications asking if you’ve been convicted of a crime. The United States Marine Corps isn’t on this list.

They also haven’t signed the Fair Chance Business Pledge. This pledge encourages employers to give you a fair chance, despite your criminal record.

Even though they don’t participate in these programs, depending on the crime, you may still be eligible by way of a felony waiver.

Does the US Marine Corps have special programs for hiring felons?

They don’t offer these types of programs at this time. If this interests you, contact your local workforce development agency or careers office.

Our team has done extensive research and gives your odds of getting hired at the United States Marine Corps as average. While they aren’t on the Ban the Box list, it’s possible to receive a felony waiver. Your specific background will have some influence on whether or not you get hired too.

Lucky for you, the Marine Corps has increased the number of waivers approved in recent years! This will work in your favor too.

The main entry-level position is a Junior Enlisted Marine. This is the rank while in basic training. After basic training is completed, you’ll earn the rank of Private.

There are several requirements you’ll need to satisfy if you want to get hired at the United States Marine Corps with a felony.

You must be at least 17 years old at the time of enlistment and have not reached your 29th birthday by the time you start recruit training. You’ll also need to provide proof of legal residency, pass a physical examination and have a high school diploma.

Next, you’ll want to create a great resume. Be sure to have someone look over it to check for errors. If you need help, check out our guide designed to help ex-felons or contact your local job placement agency.

Once you have all of this together, it’s time to contact a Marine to explore your options.

You’ve made contact with a recruiter and have your interview scheduled? Great. There are a few things to keep in mind if you want to nail the interview with the United States Marine Corps:

Be prepared early. 10-15 minutes, at least. It’s up to you to show them that you’re punctual.

Tell the recruiter about any special talents, skills or experience you have. This will help them find an appropriate MOS (military occupational service code), or job, for you.

Be honest and upfront about your record with the recruiter. They’ll be able to tell you if you’ll need a waiver and walk you through the process.

Does the US Marine Corps do background checks?

Background checks vary state-to-state. The good news is that if you live in one of these states, they only go back seven years:

And the eight states on this list aren’t concerned with any not guilty verdicts:

However, be aware if you live in one of the states on this list. They can and will see your entire record, including any cases where you were found not guilty:

We did some due diligence in finding out their ratings. Glassdoor.com gives them 4 out of 5 stars. The best part of the job is the education that comes from serving in the military. The drawbacks are that it can be physically demanding with long deployments.

Does the United States Marine Corps hire felons? It looks like they do, with a signed waiver. Without one, you don’t have your gun rights — essential for the military. That waiver will be required before you can get a job here.

However, there are certain felonies even a waiver won’t cover. Sex crimes, embezzlement, extortion, grand theft and involuntary manslaughter are examples of crimes that may not be covered.

Driving convictions such as a DUI may also disqualify you from jobs that require you to drive military vehicles.

Does the US Marine Corps drug test?

Were you able to get a job at the United States Marine Corps with a felony? Was this article instrumental in helping with that? We want to hear all the details below. It’s your chance to help someone else like you!

If you’re not sure the Marine Corps is for you, try another branch: